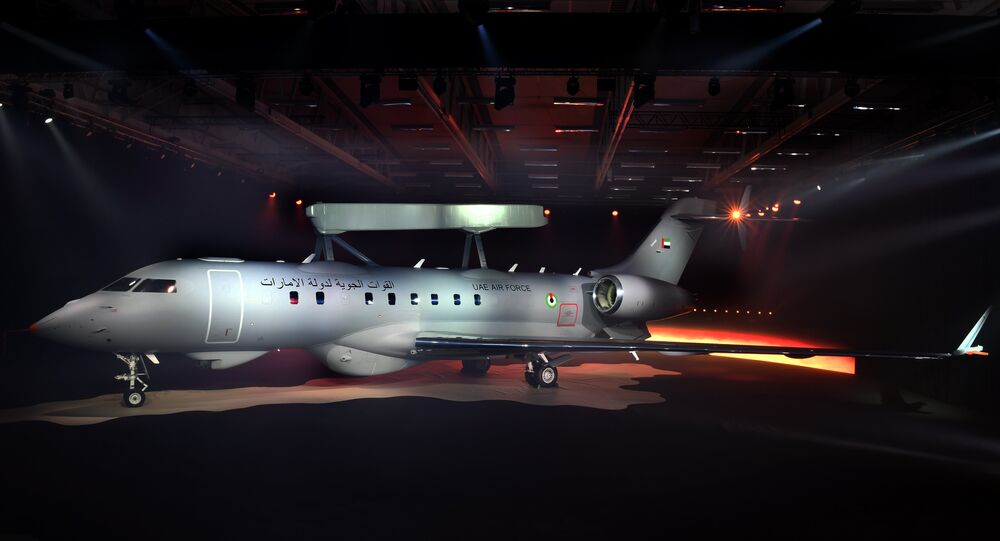 On Friday, Saab unveiled the transformation of a private jet meant for transporting small groups of people into a military aircraft capable of detecting the location of hostile fighter jets.

The firm’s Bombardier Global 6000 business jet has been converted into an airborne early warning and control (AEW&C) aircraft. Abu Dhabi has contracted Saab to produce three such early warning aircraft.

​The aircraft, named GlobalEye, features Saab’s powerful new extended range radar attached to the ultra-long-range Global 6000 airframe. It can fly between almost any two points on the globe with only one stop and can fly from Tokyo to New York without refueling.

​"Saab’s breadth and depth of expertise combines all of the necessary knowledge and technology required to design, develop and produce the most advanced AEW&C systems," according to Saab executive Anders Carp. "Our collective capabilities deliver unrivalled solutions such as GlobalEye," Carp said in a news release Friday.

The first GlobalEye plane has been declared ready for ground and flight tests to collect data that will help engineers complete the project.