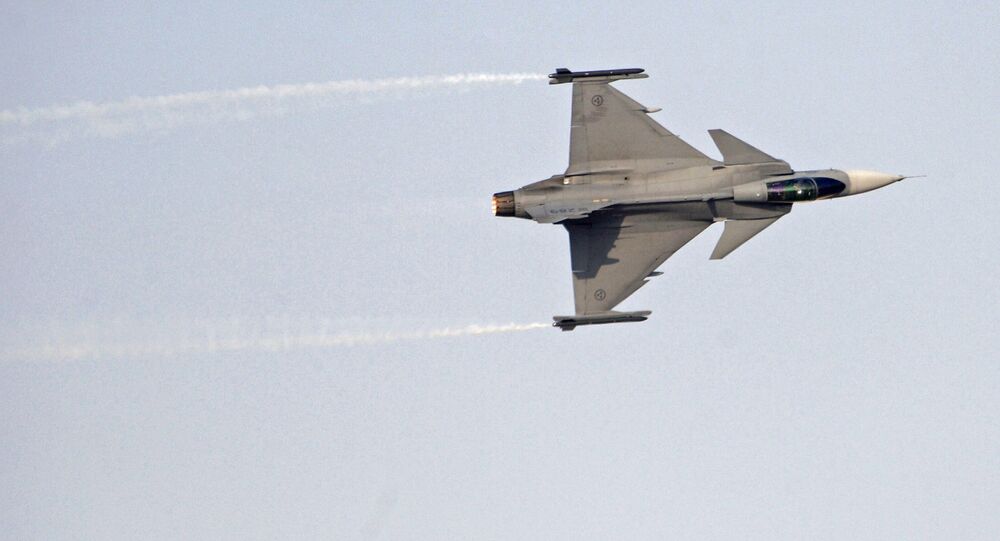 The Swedish jet has no outstanding characteristics in comparison to the fifth-generation Su-57’s, but reportedly has top of the line electronic warfare (EW) equipment and software, making it difficult for enemy jets to track it.

Justin Bronk, an aerial-combat expert at the Royal United Services Institute, cited by Business Insider, said that the JAS 39 Gripen series is known for its outstanding EW capabilities, which are upgraded every two years.

"Several years ago the Gripen pilots got tired of being made fun of by German Typhoon pilots and came to play with their wartime electronic warfare and gave them a hell of a hard time", he said.

At the same time, Bronk noted that a pilot never knows in advance whether EW will work, and even if it does, the pilot will still have to engage in a fight.

Although it's unclear how powerful the EW components of the JAS 39 Gripen E are in comparison to those of the Su-57, as the two have never competed in the air, the Russian fighter jet is capable of carrying a far greater payload (10,000 kg, in comparison to 5,300kg for its Swedish counterpart) and reaching higher speeds (2.45 Mach in comparison to 2 Mach by the Gripen E). Additionally, Russian Sukhoi jets are known for their manoeuvrability in dogfights and ability to perform stunning feats in the air.