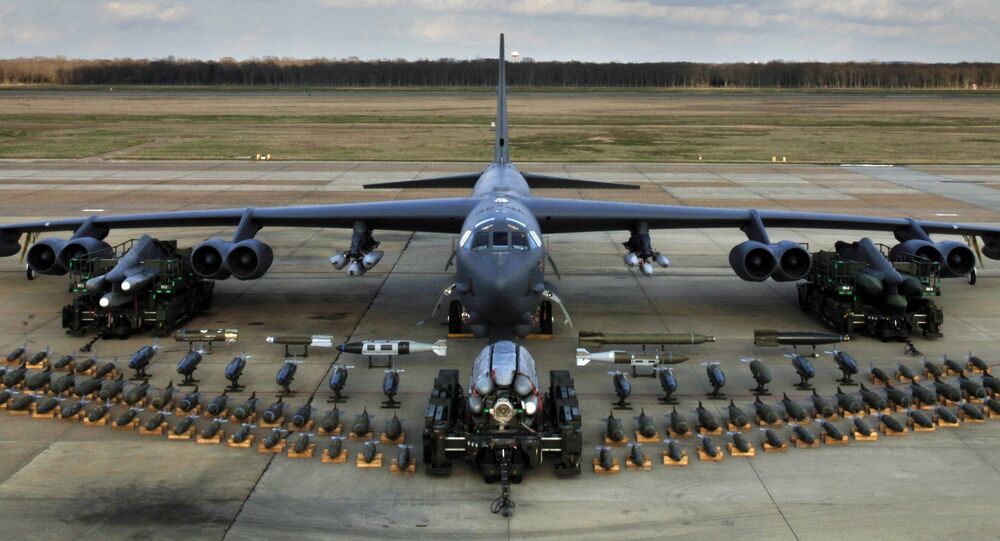 The Chinese People's Liberation Army (PLA) Navy earlier conducted military exercises over the weekend as the country continues to return to normal after being struck by the coronavirus outbreak.

The US Air Force stationed on the island of Guam at Andersen Air Base has recently shown off their military might by organising a so-called "Elephant Walk" on their runway involving a variety of aircraft from huge B-52 Stratofortress strategic bombers and KC-135 Stratotankers to the MQ-4C Triton and MQ-4C Triton strike drones.

The Elephant Walk involves a group of aircraft taxiing through the airstrip in tight formation, usually before conducting minimum interval takeoff for massive operations or drills. However, Andersen Air Base apparently limited it only to the taxiing part as its official Facebook page made no mention of carrying out exercises in the air.

The US military base in Guam flexed its muscles as two of the US Navy's aircraft carriers operating in the Pacific are currently unable to patrol waters, usually near China's borders or within the disputed South China Sea, due to local coronavirus outbreaks. Washington used to regularly send its destroyers and carriers to the region under the pretext of conducting freedom of navigation operations despite numerous demands from Beijing to stop "provocations". Now, these missions have been put on hold.

In contrast, the Chinese military has been gradually restoring its capabilities as the country has apparently managed to successfully fight the pandemic. One of the first reports of Chinese drills in the South China Sea emerged on 7 April. The PLA's Navy ships, submarines, and fighter jets conducted military exercise using live ammunition just as the country started reporting zero new COVID-19 cases from local transmission.