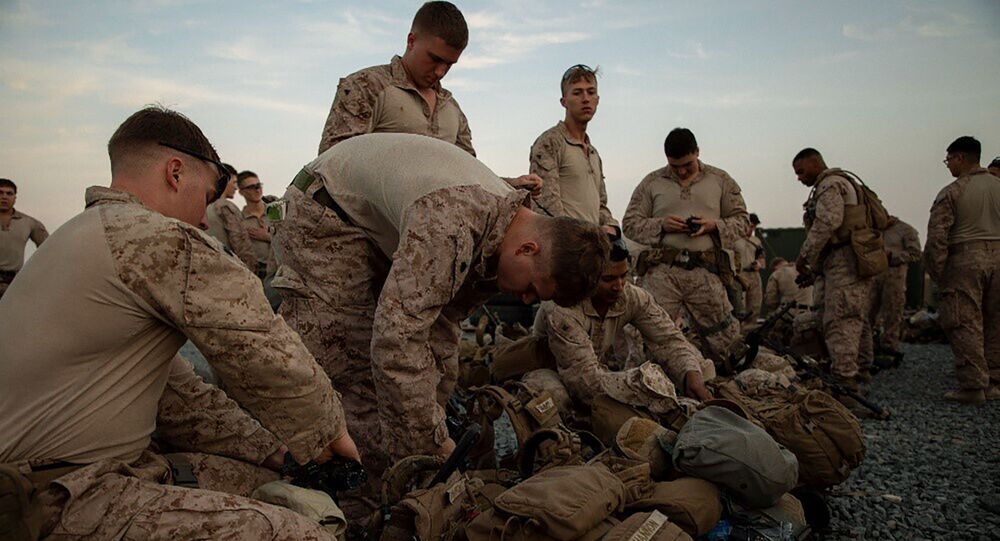 The two countries were named the biggest potential challenges and possible "near-peer adversaries" in the Trump administration's defence documents in a contrast to years of focusing on countering the terrorist threat by previous administrations.

The Pentagon's plans to shift its focus to Russia and China as was laid out in the National Defence Strategy drafted in 2018 and in documents accompanying the 2020 defence budget might face trouble on a number of issues, such as ongoing deployments in the Middle East and a trimmed down defence budget for the coming two years, the online media outlet Politico stated, citing several US politicians.

One of the main concerns is the recent escalation of tensions between Iran and the US after the latter killed Iranian Quds Force commander Qasem Soleimani in an airstrike on 3 January. US House Armed Services Chairman, Democrat Adam Smith indicated that the president's recent decisions undermined the Pentagon's larger goals outlined in the National Defence Strategy, such as focusing on countering Russia and China.

US House member Seth Moulton, added that it will be difficult to explain a "pivot" to China and Russia to US troops "when they're stuck in the sand". Another Democratic lawmaker, Tammy Duckworth, pointed out that POTUS' policy in the Middle East contradicts the administration’s stated intentions of going after the two countries it named as potential near-peer adversaries in own security documents.

"We say we're going to do it, but then we send more troops to Saudi Arabia, which doesn't help", Duckworth said.

The Pentagon, however, doesn't see the contradictions, with its spokesperson pointing out that nobody was saying that the US is going to abandon its Middle East operations, but is rather shifting its focus to other matters.

"We’re going to be able to walk and chew gum at the same time", he commented on the Department of Defence's plans.

Some Republican lawmakers shared such views. US House Armed Services Committee member, Mac Thornberry, also indicated that by deeming Russia and  China as new US targets in the National Defence Strategy Washington never meant that it was leaving the Middle East.

"The Middle East is never going to let you pivot away from it. It's a matter of priorities, paying more attention to something that we weren't paying enough attention to, but you can't just focus on one", he said.

Another major issue the Pentagon is facing in shifting its gaze towards China and Russia is related to the DoD’s purse strings. Despite an independent commission’s recommendations to boost the defence budget by 3-5% each year in order to attain the goals set out in the National Defence Strategy, in reality US spending on it will remain flat through 2021, Politico pointed out.

US Defence Secretary Mark Esper suggested resorting to finding internal resources in order to invest in the most crucial programmes to reach the aims set out in the strategy. This in turn has already led to several military force cuts, such as retiring some vessels and aircraft earlier than originally intended, saving on their maintenance costs.

© AFP 2020 / TED ALJIBE
Japanese helicopter carrier Ise is towed as it prepares to dock at the former US naval base, Subic port, north of Manila on April 26, 2016.

These initiatives, however, also have their limits. The White House, for instance, opposed the idea of cutting the number of warships, stressing that the president's goal of reaching a fleet of 355 ships, originally set during his election campaign in 2016, was still in force and thus it was impossible to shrink it.

© AP Photo / Mark Wilson, Pool
Will They Stay? US General Says Troops to Remain in Middle East for 'Quite a While'

Another way of redirecting internal funds is by forcing allies to do more instead of relying on the US, Politico pointed out in its article. The White House has been pushing in this direction ever since Trump took office. What started as demands for NATO members to meet 2% of GDP spending levels, later morphed into yet unfulfilled promises of withdrawing from the "endless wars" in the Middle East with US allies picking up the slack. A similar fate seems to await US deployments in Africa, which Washington has already promised to reduce in order to focus more on China and Russia.