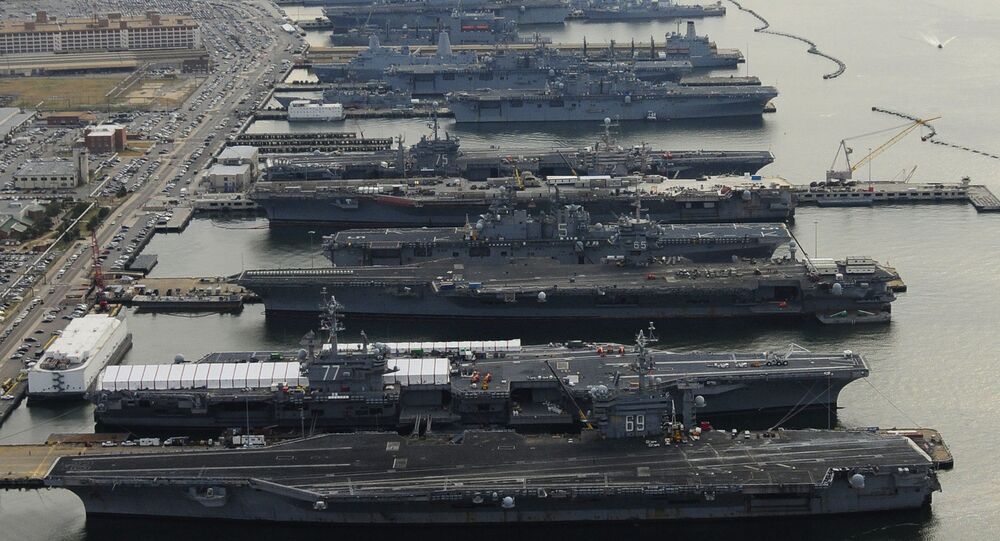 US Air Force General and Joint Chiefs of Staff Vice Chairman John Hyten has expressed concern with the “speed” at which Russia and China are supposedly moving in trying to overtake the US’s status as the world’s number one military power.

“China in particular, is moving unbelievably fast. So we have to make sure that we move fast or faster than the potential adversary that we have in China and Russia,” Hyten said, in an interview published on the Pentagon’s website.

Hyten warned that even though in his estimation the US was leading in most areas, “if you’re in a race and someone is running faster, it doesn’t matter how far ahead you are, eventually that somebody is going to catch and surpass you. We can’t ever allow that to happen.”

The general did not specify what areas Russia or China were “running faster” in, nor what areas where US capabilities were supposedly superior. He explained, however, that the US military needs to emulate private enterprise as the computer software industry in adapting to threats. This includes the military’s efforts to adapt more quickly to cyber threats.

Currently, Hyten suggested, the military’s efforts were constrained by factors including US law, regulations, directives and various instructions. “It has to look different than it does right now. And we’re going to have to adjust to that as we go forward,” he said.

According to the general, the modernisation of America’s nuclear forces remained the DoD’s number one priority. “I’ll have a big voice and given my background, the chairman certainly wants me to stay very much engaged,” he said.

Hyten’s efforts reportedly include the simultaneous push to modernise the US nuclear triad, as well as nuclear command and control systems. The Trump administration has continued and supplemented the 30 year, $1 trillion on its nuclear modernisation programme begun under President Barack Obama.

In late December, President Trump signed the 2020 National Defence Authorization Act into law, committing $738 billion to defence despite a national debt in excess of $22 trillion. The US already spends more on defence than the next seven countries combined, while NATO’s total spending topped $1 trillion in 2018.

Despite a surge in tensions with Washington in the aftermath of the 2014 Ukraine crisis, Russia has actually been making cuts to its defence spending in recent years, recently dropping out of the top five countries by total spending with its $61.4 billion defence budget. In November, Russian President Vladimir Putin said that Moscow could afford to make spending cuts because defence modernisation programmes launched earlier in the decade were bearing fruit, allowing for a reduction in spending while maintaining the same defence capabilities. At the same time, Putin has boasted that some of Russia’s new strategic missile capabilities have “no analogues in the world,” and would continue to remain unmatched for years to come.