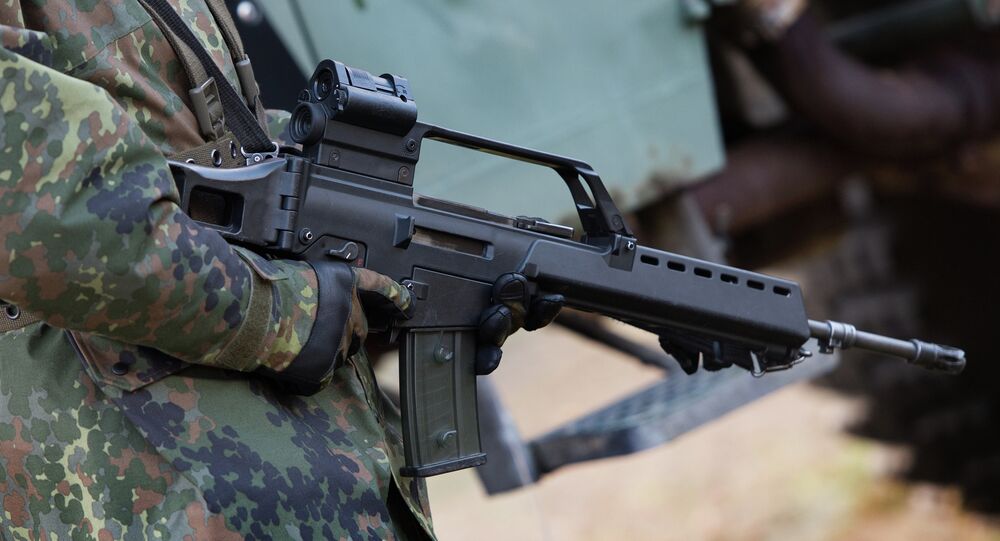 The tensions in the Middle East flared up in December following an attack on the US Embassy in Baghdad, which was stormed by protesters in response to Washington’s strikes in Iraq and Syria. The situation escalated overnight as the head of the Iranian IRGC’s Quds Force Qasem Soleimani was assassinated in an airstrike by the US military.

The German Armed Forces, Bundeswehr, have restricted the ground and air movements of its soldiers stationed in Iraq for security reasons following the assassination of Iranian General Qasem Soleimani, who headed the Islamic Revolutionary Guard Corps’ Quds Force, carried out by the US military. Spokeswoman for the command of the German Defence Ministry Christina Routsi revealed that German troops deployed as a part of the international coalition have been prohibited from moving outside of military bases.

"There are changes in the situation for soldiers in Taji and Baghdad, they cannot move outside military locations. This is the change", she said.

According to Frankfurter Allgemeine Zeitung, there are currently 27 Bundeswehr soldiers tasked with training Iraqi forces in the Taji military complex 30 kilometres north of the country’s capital Baghdad. The programmes for engineers include nuclear, biological and chemical defence, as well as logistics and construction. According to the representative of the Operations Command based in Potsdam, they are continuing their work as planned. However, only preparations for the next course, scheduled for mid-January, were underway in Taji when the restriction was announced.

There are also five German staffers at the headquarters of the anti-Daesh* coalition in Baghdad, while almost 90 troops are deployed in northern Iraq to train Kurdish fighters. The German contingent fighting Daesh has 415 staffers and is run from Jordan.

Meanwhile, the Green Party has called for a temporary halt to Bundeswehr activities in Iraq after the attack. Its policy spokesman in the Bundestag, Omid Nouripour, stated that the killing of the top Iranian commander in Iraq is a "rapid slide into a major military escalation". He called on the German government to use "all mechanisms of crisis diplomacy".

"In addition, the Bundeswehr mission in Iraq must be suspended immediately until it is clear how the security of our soldiers can be guaranteed", he said, noting that the cabinet letting the Bundeswehr stay there under these circumstances raises questions, arguing that “the effectiveness of this mission can no longer be demonstrated".

© AFP 2021 / AHMAD AL-RUBAYE
Live Updates: Iraqi MPs Urge to Adopt Law to Expel Foreign Troops From the Country After US Kills Iranian General
According to the lawmaker, his death will be interpreted by the Iranian side as “a loss of face” and “an American declaration of war".

"The Iranian military and their allies are close enough to Western forces in many places to harm them", the lawmaker warned, pointing out that the Iranian supreme leader’s retaliation rhetoric should be taken "dead serious".

At the same time, the German Foreign Ministry indicated that they are thinking about how to de-escalate the situation.

"We are in contact with our American partners, as well as with our European partners. There is, of course, the question of how much it is now possible to prevent further escalation", ministerial spokesman Christofer Burger said.