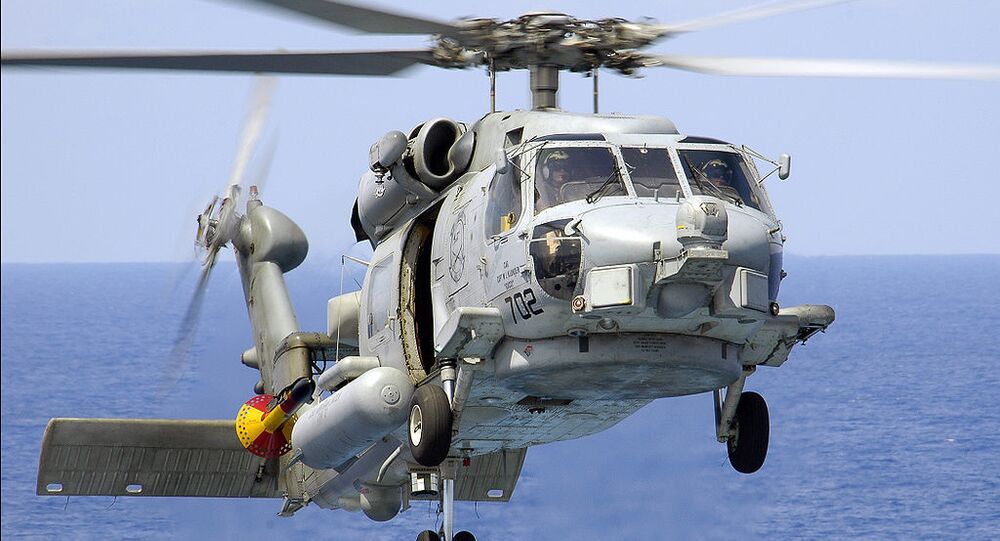 New Delhi (Sputnik): The Indian Navy has been waiting for years to replace its decades-old multi-role naval SeaKing helicopters which it acquired in 1978.

India and the US are likely to sign a $2 billion  Romeohelicopter deal in the next few weeks after Naval chief Admiral Karambir Singh indicated that a final contract was almost ready.

“Letter of Acceptance from the US for 24 MH-60R multirole helicopters is here and the deal is expected to sign shortly,” Singh said.

India and the US have been engaged in talks since April this year and it is expected that they will review their entire defence relationship during the next India-US 2+2 dialogue on 18 December in Washington. The two countries are also expected to sign the Industrial Security Annex (ISA).

The US Defence Security Cooperation Agency has already delivered the required certification, notifying Congress of the possible foreign military sale of these multi-purpose helicopters for an estimated $2.6 billion.

The Romeo helicopter is equipped with APS-153(V) multimode radars which would help the Indian navy in anti-submarine warfare, anti-surface warfare, intelligence, surveillance, and reconnaissance.

The acquisition is the first part of a plan to expand multi-role helicopters in the medium-term to replace the ageing Seakings.