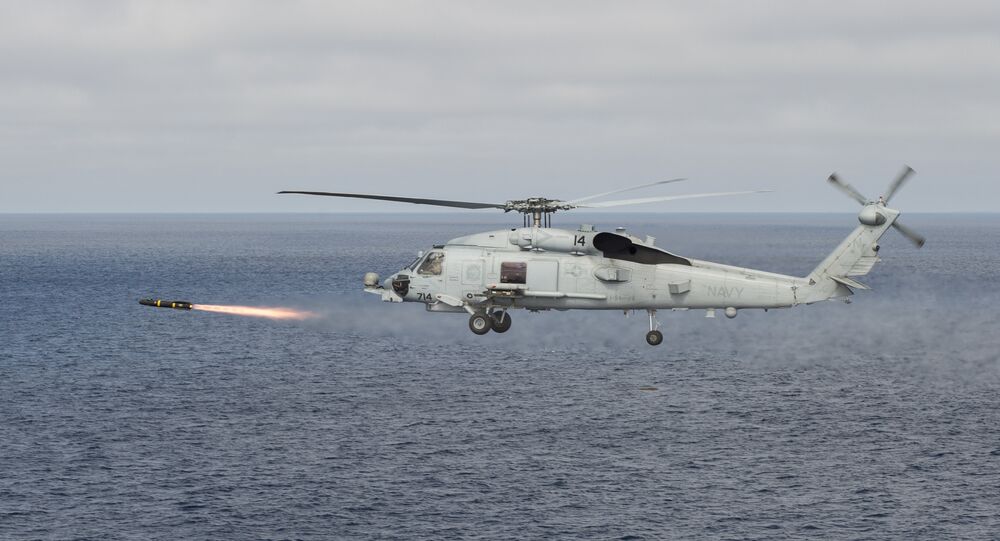 US Approves $2.6 Bln Multi-Mission Chopper Sale to India Amid Tensions With Pak

These 24 naval helicopters are designed to replace the Sea King helicopters of the Indian Navy that have been in service for over 30 years. The Indian government had earlier scrapped a 2014 deal with Sikorsky over pricing issues.

New Delhi (Sputnik): In a major boost to India's anti-submarine and marine anti-surface warfare capabilities, the US has approved a sale of 24 new MH-60R Seahawk multi-mission helicopters to India. The Defence Security Cooperation Agency of the US said that it delivered the required certification notifying Congress of the possible foreign military sale to India of 24 MH-60R multi-mission helicopters for an estimated cost of $2.6 billion.

"The proposed sale will provide India the capability to perform anti-surface and anti-submarine warfare missions along with the ability to perform secondary missions including vertical replenishment, search and rescue, and communications relay", Tuesday's release from the US Defence Security Cooperation Agency read.

"India will use the enhanced capability as a deterrent to regional threats and to strengthen its homeland defence", it added.

The sale has been approved by the US at a time when the nuclear-armed South Asian neighbours India, Pakistan have been involved in escalated cross-border conflicts since 14 February when a terrorist attack took down military convoy in Pulwama district of Kashmir killing over 40 Indian military personnel. Pakistan-based Jaish-e-Mohammed terror group claimed responsibility for the attack. The Indian government blamed Pakistan for supporting the attack. On 26 February, the Indian Air Force jets crossed into Pakistan and dropped a Spice-2000 bomb in Balakot on purported terror infrastructure operated by Jaish. The following day, the air forces of the two countries locked horns with one other.

Meanwhile, the US has claimed that the proposed sale will not alter the military balance in the region. The principal contractor will be Lockheed Martin Rotary and Mission Systems.

The Indian Navy is in dire need of multi-role helicopters for anti-submarine warfare, anti-surface warfare mission as its incumbent fleet of Sea King helicopters is ageing fast. Due to the urgent need, the Indian government had earlier decided to go ahead with Sikorsky for the S-70B helicopters despite a single-vendor situation contrary to India's defence procurement policy. The deal with Sikorsky was subsequently scrapped.