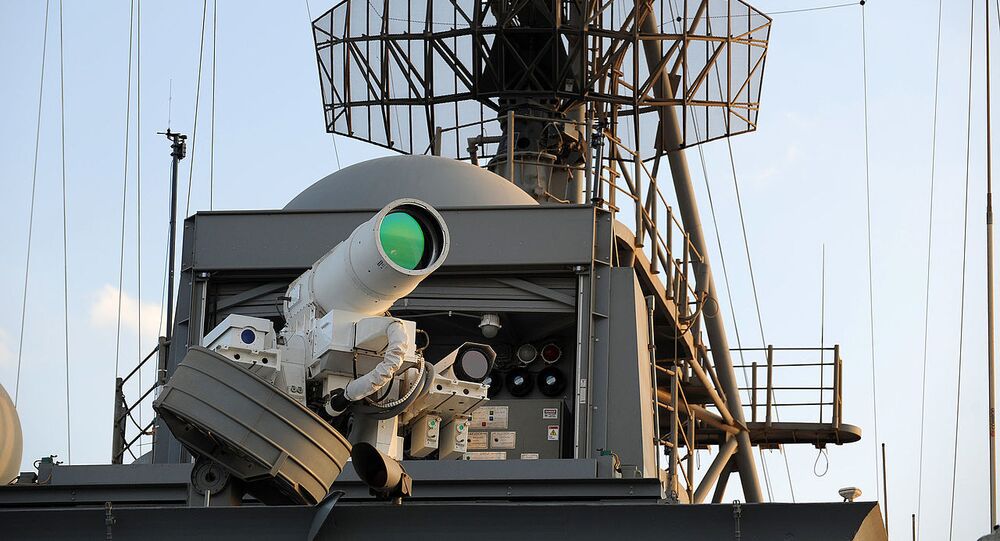 The Pentagon has scheduled for the first tests of ship-mounted laser systems to be conducted by the end of 2019 after successful tests on land. They are expected to help the US Navy combat enemy drones and even heat-seeking missiles.

Although Chinese Navy Rear Admiral Zhang Zhaozhong was reportedly simply goofing around when he said that the thick smog haunting Chinese cities is the best defence against military grade lasers, Beijing has in fact invested in more applicable ways to counter the cutting edge technology, which specifically the US is currently seeking to obtain, the South China Morning Post reported, citing the country's scientists and obtained documents.

According to the media outlet, China has initiated several research projects to develop a special coating for weapons that could be vulnerable to lasers, such as missiles or drones. The coating is reportedly expected to deflect or disperse the laser beam, thereby decreasing its power and rendering it harmless.

Still, the technology is not perfect, as it requires defenders to know exactly what type of laser the enemy will use, Professor Huang Chenguang of the Chinese Academy of Sciences told the SCMP. He added that the type of laser can be inferred using information about the laser available to the public, such as the size, power consumption, major components, and laser generation methods.

The news comes shortly after The Drive online media outlet reported spotting what looked like an Optical Dazzling Interdictor, Navy (ODIN) laser installed on the front-deck of US Arleigh Burke-class destroyer the USS Dewey, which has already been used to test cutting-edge military developments in the past. The report correlates with announced US plans to start testing its laser weaponry by the end of 2019.

ODIN is just one of several lasers developed for the US Navy along with Solid State Laser Technology Maturation (SSL-TM), Ruggedised High Energy Laser (RHEL) and the High Energy Laser Counter-ASCM Programme (HELCAP). These weapons are expected to help US ships down enemy drones and even heat-seeking missiles.

SSL-TM has recently been seen by The Drive outside the major US military contractor Northrop Grumman's facility, prepared for transport. The media outlet alleged that it would soon be installed on the amphibious assault ship the USS Portland at San Diego Pier.