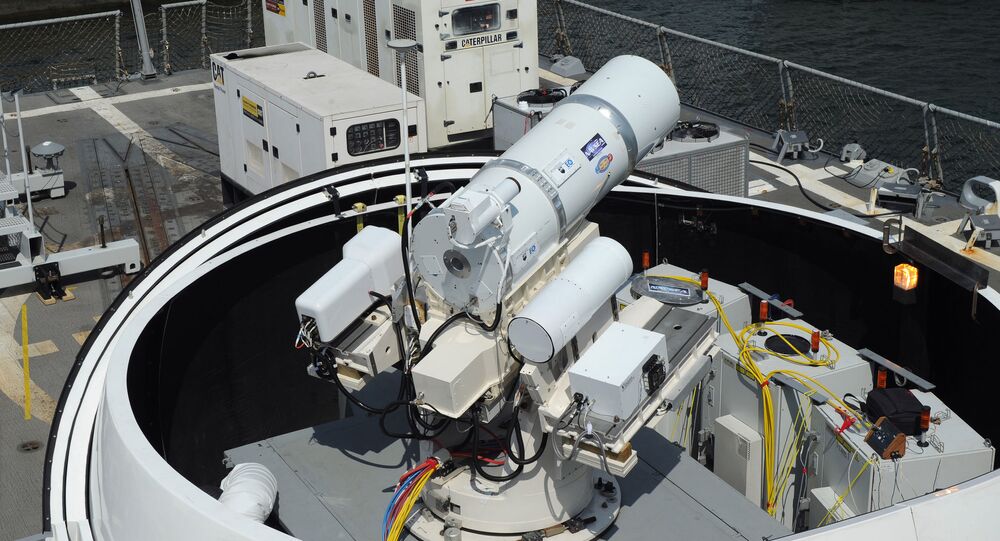 The US Navy has recently heavily invested in a new generation of weapons to be installed on American ships. Among the many systems are two main projects – a ship-based railgun for sinking enemy vessels and a laser for smaller targets.

According to the outlet, SSL-TM is expected to be shipped for its first sea trials in the fourth quarter of 2019. If it turns out to be true, the object will soon be moved to San Diego Pier – the homeport of the amphibious USS Portland, designated to be the test vessel for the new high-tech weapon sought by the US Navy.

Mysterious object Northrop Grumman is barging from Redondo Beach is a high-power naval laser (we have updated our post with exclusive images and new info): https://t.co/PCy9LtJiND

US officials have not yet confirmed the information published by The Drive.

SSL-TM is expected to produce a laser beam of up to 150kW in power. The weapon, which Navy wants to install on some ships, will be tasked with destroying minor targets such as small enemy boats, unmanned aerial aircraft (UAV) at close to medium range, as well as some missiles.