Testy US-Turkish relations sunk to a new low last week after Ankara launched a military operation in northern Syria, with Washington and its European partners criticising the attack on their erstwhile Syrian Kurdish allies, with Ankara vowing that nothing would stop its operations to shore up the security of its southern borders.

The United States has in effect excluded Turkey from the international military coalition against Daesh (ISIS)*, with Turkey no longer receiving intelligence or operational data on the terrorist group from the coalition’s Combined Air & Space Operations Centre at the Al-Udeid airbase in Qatar, Spiegel has reported.

According to the German magazine, Turkey’s access to the operation materials was cut off by the Pentagon on 9 October, the same day that Turkey began its incursion into northern Syria following the pullout of US troops.

Spiegel says the US cut Turkey off from the intelligence data amid coalition fears that the Turkish military may use the intelligence information, including data accumulated by aircraft, satellites and drones, to plan operations against Kurdish militia forces in northern Syria. According to the outlet, the Pentagon’s step was a ‘slap in the face’ to Turkish President Recep Tayyip Erdogan.

The US military’s change in policy on data-sharing effectively brought it closer to that of Germany, who has refrained from passing Bundeswehr intelligence from northern Syria and Iraq to the coalition’s Combined Air and Space Operations Centre out of fear that Turkey could use the information for purposes other than the fight against Daesh.

Spiegel did not reveal its source(s). Turkish and US officials have yet to comment on the veracity of the magazine’s reporting.

Turkey launched its latest operation in northern Syria last Wednesday, with the campaign, dubbed ‘Operation Peace Spring’, ostensibly aimed at the creation of a security zone along the Turkish-Syrian border free of Daesh terrorists and Syrian Kurdish YPG militants, whom Turkey also considers terrorists. Turkey’s operations have sparked concerns from its NATO allies, with several countries announcing a halt in arms sales to the country, while the US has announced sanctions against Turkish officials and entities, including the country’s defence and energy ministries. 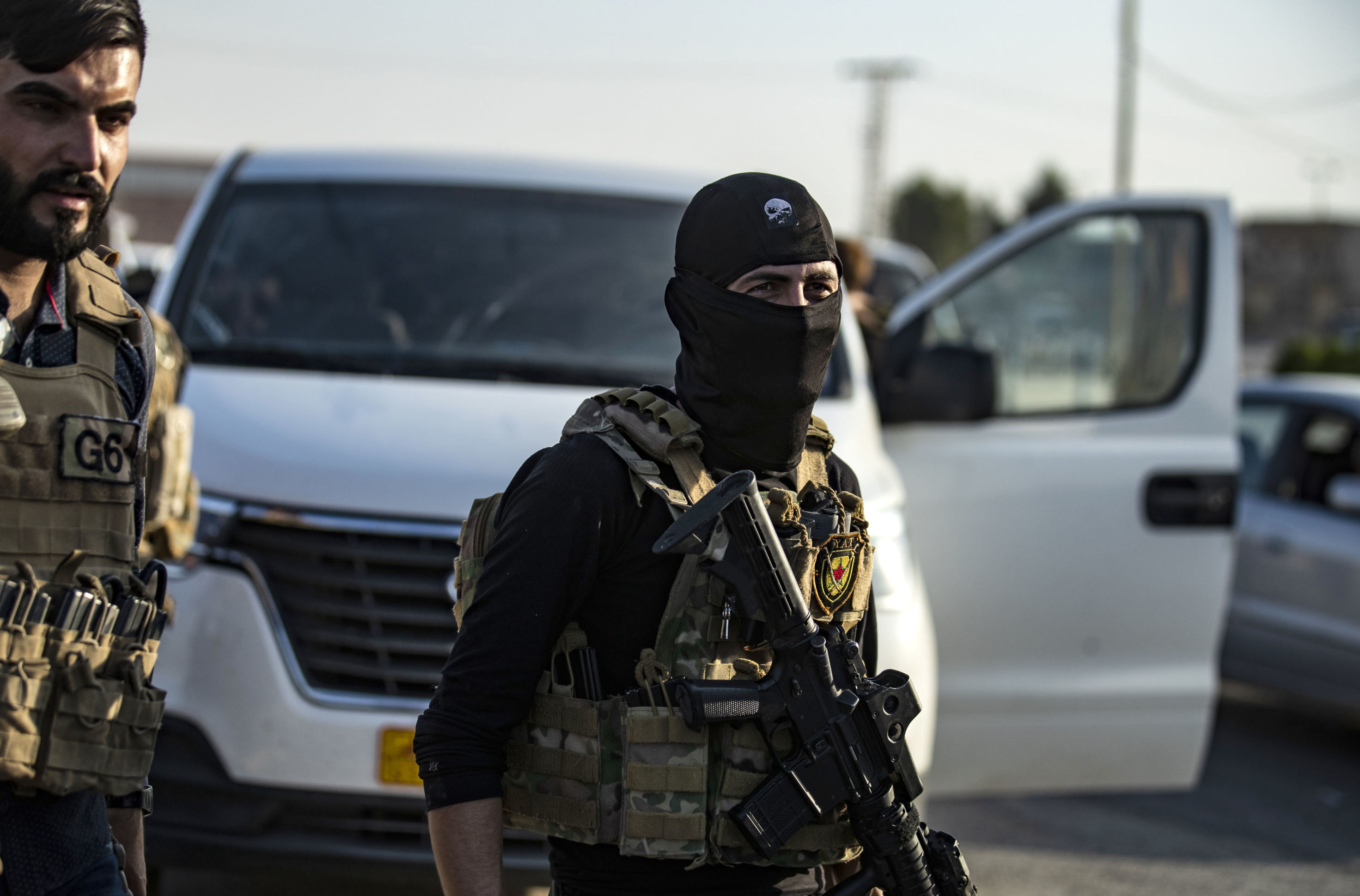 © AFP 2019 / Delil Souleiman
Members of the special forces of the Kurdish-led Syrian Democratic Forces (SDF) are pictured during preparations to join the front against Turkish forces, on October 10, 2019

Syria’s Kurdish militias, who established de facto control over much of northern Syria during the foreign-backed civil war in that country, played an instrumental role in the fight against Daesh, and officials from multiple countries, including Russia, have voiced concerns about what might happen to captured Daesh fighters currently being held by the Kurds if they escaped custody and fled to other territories.

Syria has repeatedly criticised Turkish operations on its territory, accusing Ankara of harbouring “aggressive intentions” and violating its territorial integrity. On Sunday, Syrian Kurdish authorities announced that they had reached an agreement with Damascus allowing the Syrian Army to deploy along the Syria-Turkey border to help repel attacks by Turkish forces and their allies. 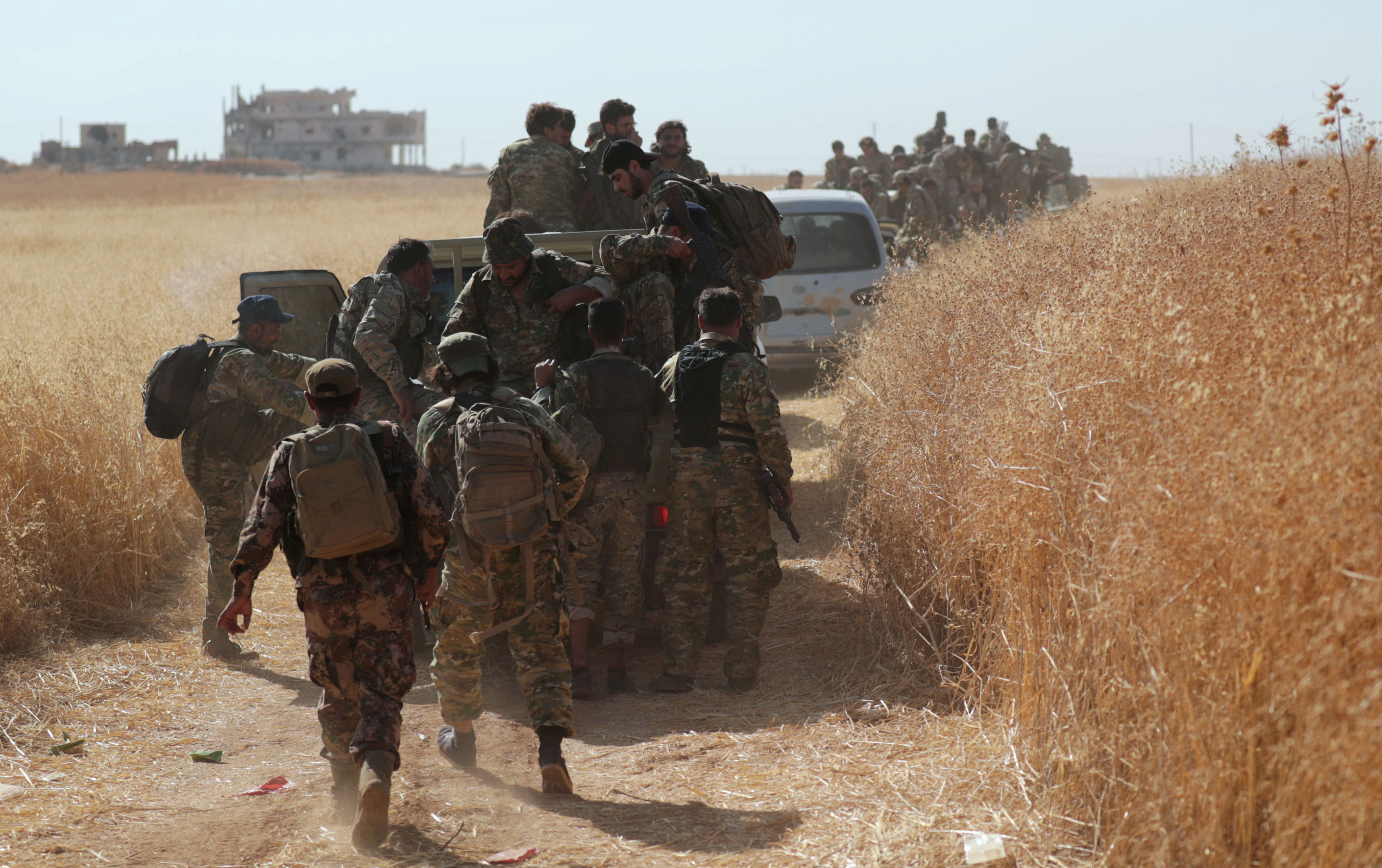 © REUTERS / Khalil Ashawi
Turkey-backed Syrian rebel fighters are seen together in the village of Yabisa, near the Turkish-Syrian border, Syria, October 12, 2019.