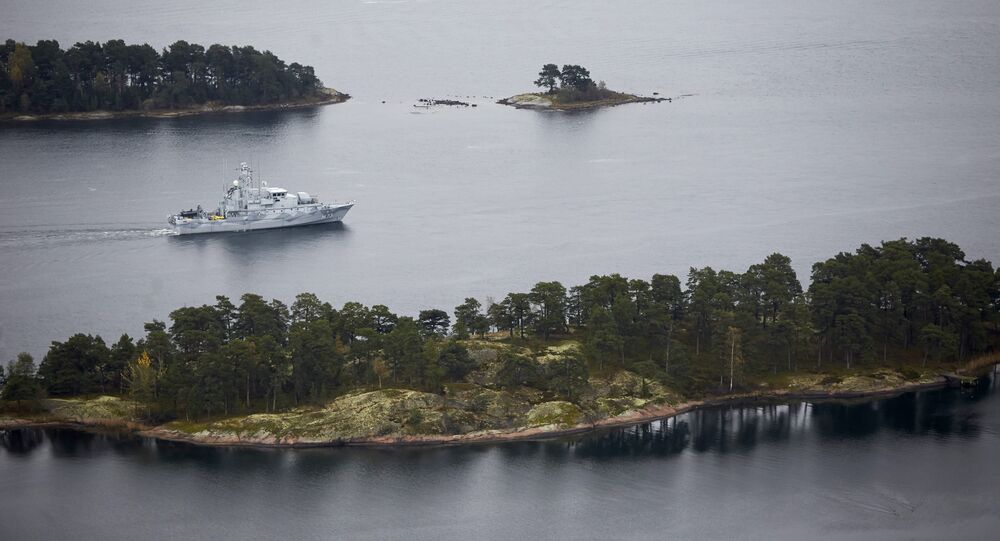 While the error in internal navy proceedings was relatively swiftly established, extra defence allotments were secured in the meantime, including the acquisition of new-generation submarines and an upgrade of the existing sub fleet.

The “confirmed foreign submarine”, which was hunted in the Stockholm archipelago in 2014 and which Swedish media outlets were quick to groundlessly claim belonged to Russia, was not a would-be inspiration for a Tom Clancy novel, but a mere weather buoy, the newspaper Svenska Dagbladet reported, citing an anonymous insider source.

In the fall of 2014, then-supreme commander Sverker Göransson stated at a press conference that a “smaller submarine” had “violated Swedish waters”, unleashing the costly Operation Eagle. It yielded no results, as there never really was a foreign violation, the insider source told Svenska Dagbladet.

Instead, what Defence Minister Peter Hultqvist described as a “severe and serious violation of Swedish territory” was a false positive from a weather buoy. Formally called the Oceanographic Data Acquisition Buoy (ODAB), it belonged to the Sweden's own Meteorological and Hydrological Institute (SMHI) and gathered data for the armed forces as well. The buoy was faulty so it had to repaired using one of the Swedish Maritime Administration's vessels, the MS Fyrbyggaren.

To locate and communicate with the buoy, an acoustically coded signal was sent. The signal was subsequently picked up by an older Swedish Södermanland-class submarine and was regarded as the strongest piece of evidence of a foreign violation of Swedish waters.

Further analysis, however, sowed doubt over this hypothesis. A similar recording from a newer Gotland-class submarine that had more advanced, modern equipment on board, disproved the initial conclusion.

“The sound was investigated in every way possible with data from different sources for a long time, but to no avail. In fact, only a single recording was available, and that was inadequate,” another insider source said.

The top brass and the Swedish government were informed of the mistake in May 2015. Only four months later, the parliament was informed. According to Svenska Dagbladet, in the secret final report to the government in September 2015, the Swedish defence still maintained that there had been a violation of Swedish waters “beyond all reasonable doubt”. It took another four years for the information to reach the public.

In the meantime, this error was apparently utilised to secure the allocation of hundreds of millions in defence spending. In mid-June 2015, the Swedish Armed Forces were allocated an extra SEK 10 billion (about $1 billion) and received extra resources for submarine hunting. At the end of June 2015, the state decided to buy to new A26 submarines from Saab and perform a half-time upgrade of two Gotland-class submarines to the tune of SEK 8.6 billion ($860 million).

In the autumn of 2014, the very same Svenska Dagbladet was quick to blame Russia, running headlines such as “Damaged Russian Sub Sought in Stockholm Archipelago” and citing intercepted communications from the “submarine”, aka the faulty weather buoy. Other reputable Swedish newspapers, such as Dagens Nyheter, jumped on the Russia-blaming bandwagon.