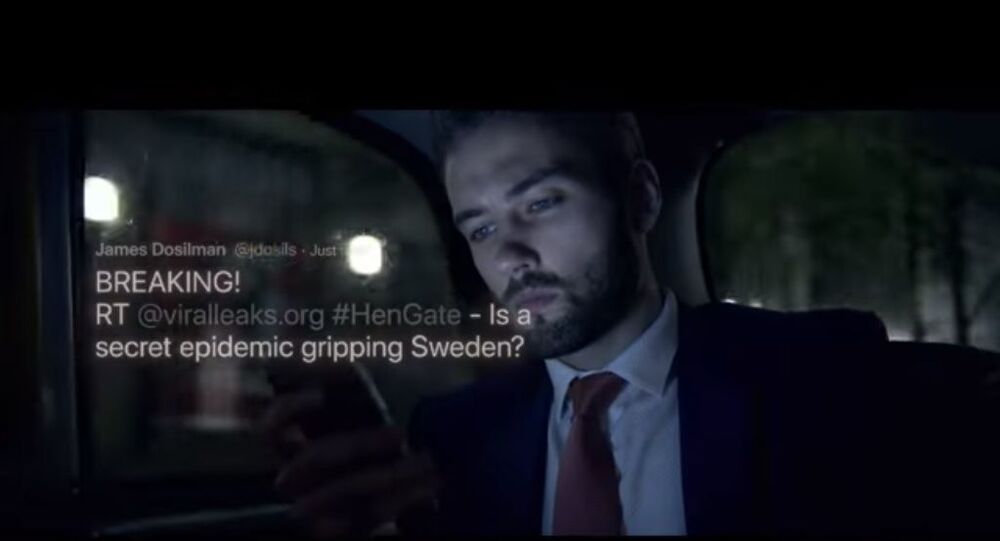 A lavish advertising campaign by tax-funded national broadcaster SVT that highlights the importance of “factual journalism” in combatting “fake news” and features images of Russian President Vladimir Putin and his US counterpart Donald Trump has landed the broadcaster in hot water.

As part of its new advertising campaign, the Swedish national broadcaster has released a video called "Hen of a Feather".

In the short film, a smirking Russian president is shown ordering the spread of fake news about a non-existent chicken epidemic in Sweden, following a series of humorous Tweets. This is later exploited by none other than Donald Trump himself. The clip even features the US president's notorious tirade "last night in Sweden" from 2017, when he left cryptic remarks about the Scandinavian country that "took in large numbers [of migrants]" and "is having problems like they never thought possible".

"If nothing is questioned, anything can become the truth"; thus SVT concludes its advertising effort, stressing the need for "factual journalism".

"With the first film 'Hen of a Feather' we want to stand up for all the good journalism in Sweden, whether it is done by public service or private actors, at a time when journalism is needed most", SVT CEO Hanna Stjärne said in a press release which stresses that the campaign "has never been more important".

"It is important that we proactively explain why SVT exists", SVT marketing manager Christer Mellstrand told the journalist newspaper Resumé.

According to Mellstrand, "Sweden's image is under attack". Portraying a Russian official giving orders to a so-called "troll factory" is "not in any way" taking a political stance, he stressed.

The initiative, however, sparked criticism on social media. On Flashback, Sweden's most popular forum, it was described as a "propaganda offensive" by the taxpayer-financed public service company.

"Hi SVT, is this movie for real or are you kidding with yourselves? You do everything but impartial journalism, which there are plenty of examples of. Still, I hope it's irony. Thanks for the reply!" another user tweeted.

"Pure propaganda, you should be shut down immediately", a user on YouTube rebelled.

"Does SVT claim to carry out factual journalism? Ridiculous", another one scoffed.

SVT is largely modelled after Britain's BBC and shares many traits with its British counterpart. It is funded by a public service tax on personal income.

Previous surveys have indicated a massive left-wing slant at SVT. Over 50 percent of its staff reportedly supports the left-wing Green Party, which only got 4.4 percent of votes in the 2018 general election, barely passing the 4 percent threshold to enter parliament.