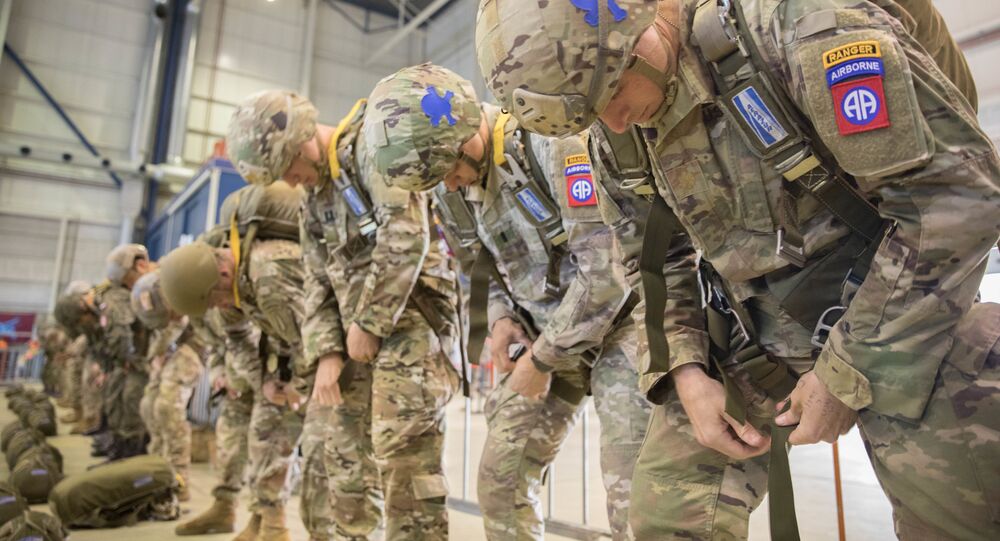 The US Army was forced to pause a 10-day training exercise at Mississippi’s Camp Shelby after some 87 paratroopers were picked up by winds and thrown into pine trees during a nighttime jump.

At least 32 US Army paratroopers of the 4th Brigade Combat Team (Airborne), 25th Infantry Division, were injured, and 18 of them, some with broken bones, were hospitalized Thursday morning after high winds botched the soldiers’ airborne training jump.

According to Lt. Col. Matthew Myer, commander of the 1st Battalion, 501st Infantry Regiment, a number of rumors and “false reports” about the incident were swirling on social media.

Many family members of the troops expressed open concern that they did not receive official word of the training accident until a public Facebook post was made at midnight, local time.

“Significant recovery support” from the Camp Shelby Assault Strip Fire Department was required to rescue at least four paratroopers who were stuck significantly high up in the pine trees.

The 10-day exercise is part of a larger-scale, month-long training camp dubbed “Operation Arctic Anvil,” according to Stars and Stripes. The brigade in question, stationed at Joint Base Elmendorf-Richardson in Anchorage, Alaska, was just one portion of a 650-troop jumping mission.

“Once all soldiers have been accounted for, our goal is ultimately to continue training,” Mississippi National Guard spokeswoman Lt. Col. Deidre Smith said in a statement provided to the Associated Press. “Despite the challenges that we currently face, soldiers always place the mission first.”

As of now, it appears that training is set to resume for those not hospitalized, and the US Army will continue to collect equipment that remains stuck in the pine trees.