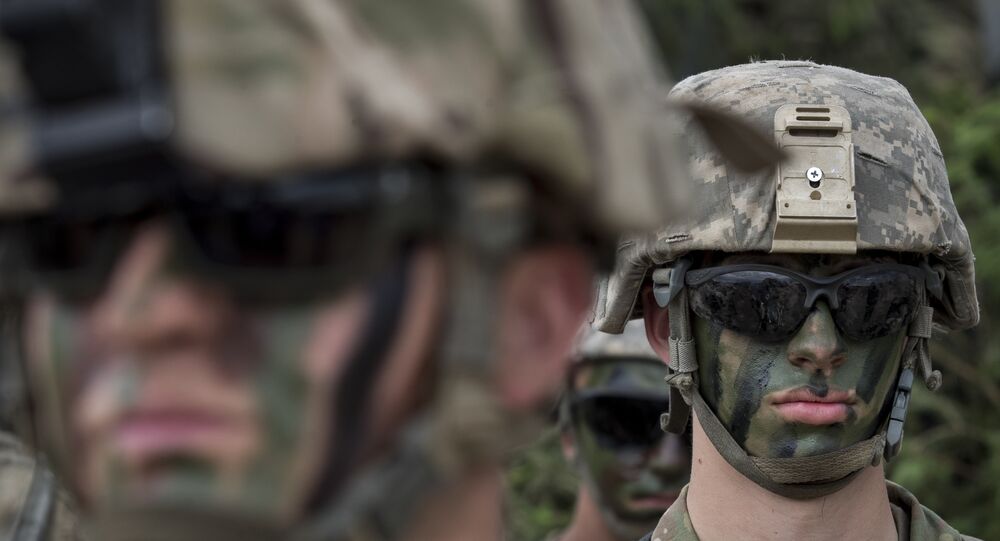 A top official with the US’ Defense Advanced Research Projects Agency (DARPA) announced the Pentagon is considering future gene editing research to better aid troops’ ability to protect themselves from biological and chemical warfare.

On Monday, DARPA Director Steven Walker revealed that US military service may become a bit more invasive if researchers are able to successfully edit and control soldiers’ genomes for protective purposes.

"Why is DARPA doing this? [To] protect a soldier on the battlefield from chemical weapons and biological weapons by controlling their genome - having the genome produce proteins that would automatically protect the soldier from the inside out," Walker explained while speaking on a panel at the Center for Strategic and International Studies Monday.

The director acknowledged that the idea may sound out of left field, but insisted that the agency’s gene editing would be primarily focused on protecting service members rather than attempting to enhance them - at least in its initial stages.

If the research bears fruit, DARPA also believes that possessing the ability to edit soldiers’ genomes would prove handy in giving the US military an alternative to vaccines.

"You can't stockpile enough of the vaccine or antivirus capability to protect the population against that in the future. … This is all research at this point - we don't have the capability yet," Walker said. "But that is why you want to be able to actually have your body be the antibody factory, if possible."

Removal of the engineered genes or “genetic remediation” will also be necessary for the safeguard to be useful. DARPA’s “Safe Genes” program will be tasked with the hefty goal of reversing the effects of clustered regularly interspaced short palindromic repeat (CRISPR) technology, which has been at the center of a controversy in China after a scientist altered two embryos produced with the sperm of an HIV-positive donor and implanted them into an HIV-negative mother last year, intending to give the children an innate resistance to HIV.

However, as Walker stated about the dual purpose of the tech, the Peking University Stem Cell Research Center published a study in the New England Journal of Medicine (NEJM) earlier this month that revealed a CRISPR technology proved successful in treating a patient’s acute lymphoblastic leukemia.