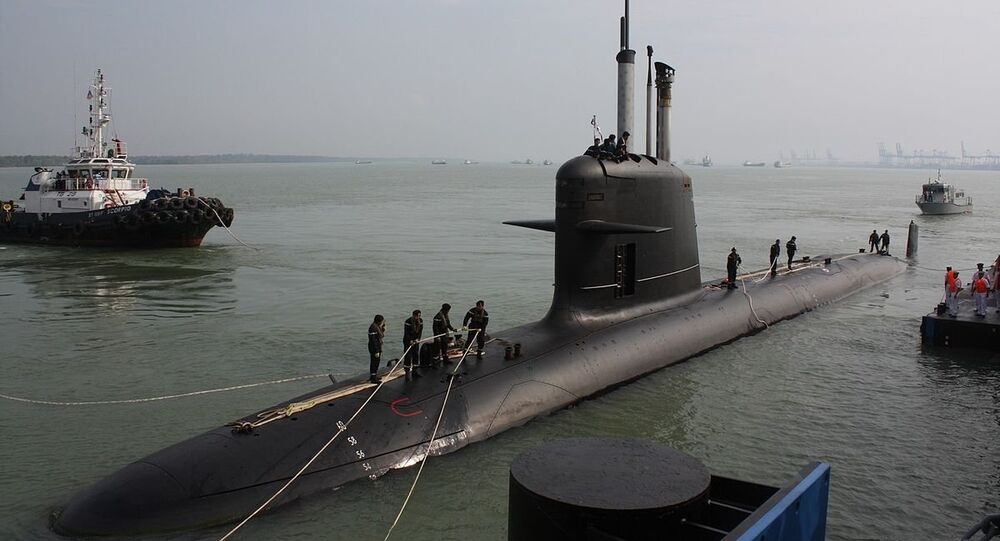 New Delhi (Sputnik): India has joined the elite bloc of nations like Russia, Germany, Italy, and France with indigenously built heavyweight torpedoes for its submarines and warships.

The development comes with India signing a $170 million contract for the supply of over 70 torpedoes for arming both warships and submarines. The supply of torpedoes named "Varunastra" has to be executed in the next 42 months.

The ship-launched electrically propelled underwater weapon is equipped with the most advanced automatic and remote controlled guidance systems, according to Bharat Dynamics Ltd (BDL) - the manufacturer of the weapon system.

The Indian Navy has made another attempt to purchase similar torpedoes from foreign vendors, including German and French firms, but it could not make much progress in the last two years.

The Indian Navy had evaluated German SeaHake and French F21 Artemis heavyweight torpedoes, but the current status of the tender is yet unknown.

In the absence of heavy torpedoes, the Indian Navy has been operating its first Scorpene-class submarine without its primary weapon system.

The second submarine of this class, also without the modern heavyweight torpedoes, is likely to be inducted in the next few months. "We cannot reveal due to sensitivity of the matter", a BDL spokesperson replied when asked whether Varunastra could be fitted into the Scorpene-class submarines immediately.

Varunastra, with 95% indigenous content, is developed by the Naval Science and Technological Laboratory (NSTL), a premier Defence Research and Development Organisation (DRDO) laboratory based at Visakhapatnam. Bharat Dynamics Ltd. has been associated as a production partner in concurrent engineering mode.

The versatile naval weapon, Varunastra, which can be fired from Rajput-class destroyers, the Delhi-class and all future Anti-Submarine Warfare (ASW) ships, is capable of firing heavy torpedoes. It is also capable of targeting quiet and stealthy submarines both in deep and littoral waters even in an intense countermeasure atmosphere.

The Indian shipyard MDL has been building Scorpene-class submarines with the help of French firm DCNS. It originally envisaged equipping the submarines with Black Shark torpedoes as their primary weapons.