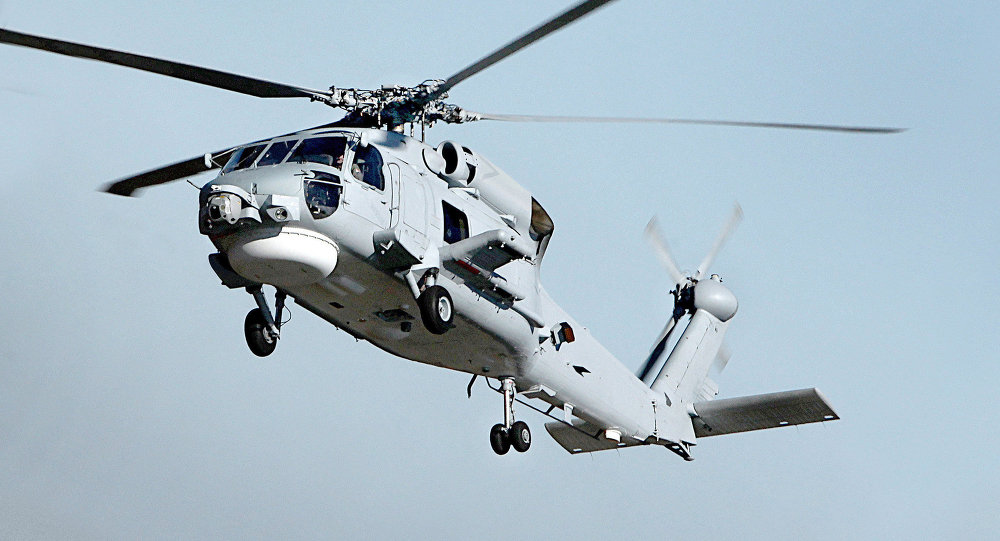 The Indian government is set to announce the scrapping of defense deals worth more than $3 billion of naval helicopters, armored recovery vehicles and torpedoes. Indian Defense Minister Arun Jaitley has moved a recommendation to scrap long-delayed defense purchases in favor of ‘Make in India’ program.

© REUTERS / Danish Ismail
India Clears Law to Protect Indo-Russian Defense Projects From Western Sanctions
New Delhi (Sputnik) – The first such recommendation is for armored recovery vehicles which were contracted with India’s state-owned BEML in 2012 for $275 million. The contract was for 204 WZT-3 made by Polish company Bumar and imported by BEML. The deal is supposed to be scrapped over corruption charges, and lack of indigenization efforts by BEML. Indian Army had purchased 352 WZT-3 in three previous contracts from 1999 to 2005. As state-owned DRDO has developed armored recovery vehicle (ARV) and private firms like L&T are interested in supplying them to the Army, the government may opt for the indigenous ARVs.

Jaitley is also not in favor of purchasing 18 naval multi-role helicopters of Sikorsky S-70B due to prolonged contract negotiation including high cost quoted by the firm in 2014. Indian Navy had issued the tender nine years ago to replace UK's Westland Sea King. India’s state-owned HAL is also working on naval multi-role helicopters and is expected to find support from Narendra Modi government.

"To my mind, it makes little sense because what is intended to be achieved by scrapping these programs and awarding them to the Indian companies can be achieved even by going ahead with them as in either case the Indian companies will need to tie up with the foreign vendors to manufacture the desired platform or equipment in India," Amit Cowshish, former financial advisor to the Indian Defence Ministry, told Sputnik. "This is what Buy and Make category is all about. The government can lay down any conditions it wants the foreign manufacturers to adhere to in regard to the transfer of technology under this category."

The government is also looking to scrap the 300 million euro contract for the purchase of 98 Blackshark torpedoes, manufactured by a Finmeccanica subsidiary, in favor of another contract which will have a ‘Make in India’ component.
Last month, the Arun Jaitley-led India’s Defense Acquisition Council had scrapped the short-range surface-to-air missile system (SRSAM) in favor of $2.7 billion purchase of DRDO’s developed Akash missile. Rafael Advanced Defence Systems with Spyder, Rosoboronexport with Tor M1, and Saab with the Bamse SRSAM were in competition for this contract.