The UK and its NATO allies began deploying thousands of troops in the Baltic nations of Estonia, Latvia and Lithuania on a rotational basis in 2017, with London recently promising to beef up its Estonian presence.

Troops from the 21st and 23rd reserve battalions of the British's Army's elite Special Air Service (SAS) special forces unit have been engaged in reconnaissance operations to monitor the movement of the Russian "potential enemy" across the border, with the deployment the first of its kind since the Cold War, the UK's Daily Star has reported, citing an army source.

The reserve personnel, part of the 1st Intelligence, Surveillance and Reconnaissance Brigade, are normally based in London and Birmingham, respectively. They have been deployed in Estonia, some 1,650 km away, for training over the past six months. Training is said to include the use of reconnaissance drones capable of spying on Russian troops moving across the border. Additionally, the SAS reservists are being trained to be able to stay back "behind enemy lines" in the event of war to provide NATO with crucial encrypted intelligence about enemy troop movements.

According to the source, the army deployed SAS reservists to Estonia because regular SAS troops have been "busy in Iraq and Afghanistan."

Next month, the UK will take part in the so-called 'Baltic Protector' maritime drills, involving about 3,000 personnel from several NATO member nations, as well as Finland and Sweden. The drills will practice amphibious raids, shore landings and naval exercises. UK Defence Minister Gavin Williamson said the UK's role in the drills would "firmly" underline "Britain's leading role in Europe." 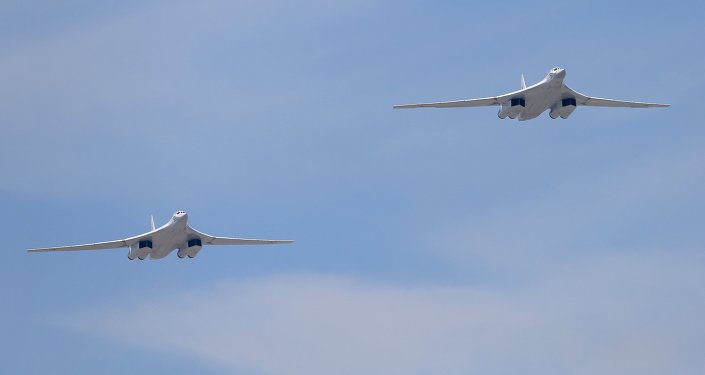 © Sputnik / Anton Denisov
US, Russian Bombers Zip Past One Another Over Norwegian Sea in Drills
NATO agreed to the creation of a forward presence in Estonia, Latvia, Lithuania and Poland at its 2016 Warsaw summit, with a British-led contingent stationed in Tapa, Estonia, about 100 km from the Russian border, since April 2017.

Since the 2014 political crisis in Ukraine, the Western alliance has considerably expanded its presence in Eastern Europe and along Russia's borders. Moscow has warned that the buildup has led to increased tensions, and accused the alliance of making bogus claims about a 'Russian threat' to the Baltics as a pretext to put strategic pressure on Russia. Russia has also warned about the risks of escalation, pointing to incidents like the accidental missile firing during NATO drills over Estonia last year.