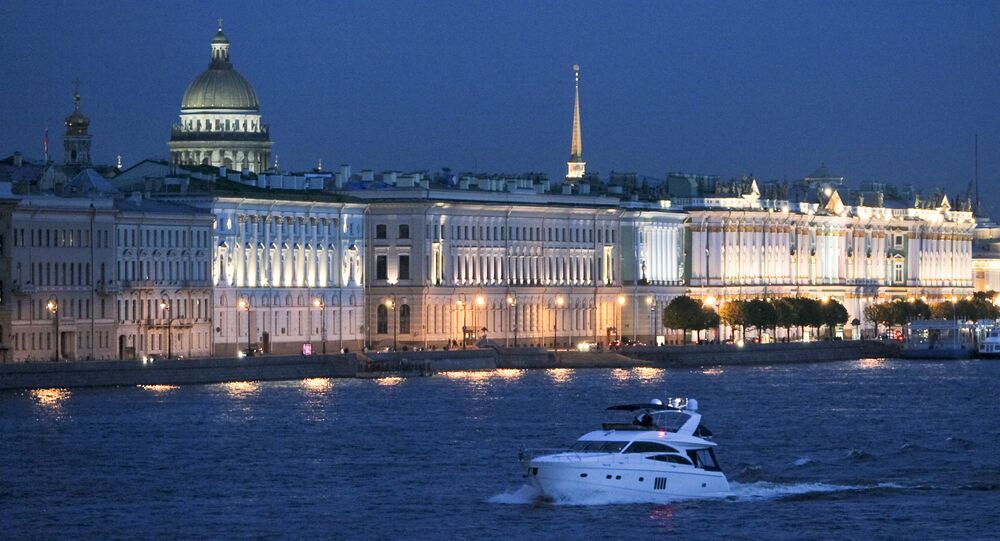 Estonian officials, military leaders and journalists have shown a special vigour for making belligerent comments about their eastern neighbour. Last year, the country's former president said that with NATO's help, Estonia would conquer St. Petersburg, Omsk and Tomsk if Russia dared to invade the Baltic country.

Vahur Koorits, a reporter for Delfi, a Baltic news portal, called for Estonia to acquire missiles capable of hitting St. Petersburg and develop a navy which could sink merchant vessels heading to Russian ports, Sputnik Estonia has reported.

In an op-ed for Eesti Paevaleht, a major Estonian newspaper, Koorits argued that amid uncertainties in global politics, the missiles would give Tallinn a "reserve plan" to contain Moscow's ambitions, forcing the country to pay a high price if it ever tried to conquer Estonia in a "short and victorious" war.

"Deterrence for the attacker requires fear that he will get a bloody nose during the attack," Koorits wrote.

© AFP 2021 / Raigo Pajula
After Threat to Take St. Petersburg, Estonia Now Vows to Crush Russia in Tallinn
With St. Petersburg situated less than 150 km from Estonia, the major city would be a perfect target, the journalist argued, especially since it hosts the headquarters of Russia's Western Military District and much of the Russian Navy. Such a blow would be a major form of psychological pressure against Moscow, Koorits stressed.

Additionally, Koorits proposed seizing and sinking any foreign merchant vessels heading to Russian ports in the Baltic Sea until they agree to stop trading with the country.

Koorits' piece, the latest in a series of similarly styled proposals presented by Estonian military commanders and even a former president in recent years, could not help but attract the attention of Russian lawmakers, who dismissed the journalist as a "provocateur" and suggested he should get a psychiatric evaluation.

"In calling for missiles capable of hitting St. Petersburg to be placed on his own country's soil, Vahur Koorits cannot by definition be considered a journalist. This is a real provocateur," Russian senator Frants Klintsevich said. According to the lawmaker, the job of a journalist is to provide information, and to do so as truthfully as possible, not to make irresponsible statements.

© Sputnik / Sergey Guneev
Estonia Warns Russia It May Lose St. Petersburg – Ex-President
"Koorits doesn't even understand what his proposals could lead to if they were implemented," Klintsevich added.

For his part, Andrei Krasov, deputy head of the Russian Duma's Defence Committee, joked that the journalist needs to have his head examined for coming up with such a "maniacal" idea. "After all, such statements, all the more so from the journalistic community of our neighbour state, cannot lead to normal relations," Krasnov said.

Moscow has repeatedly said that belligerent statements made by officials from Estonia and other Baltic countries are used to justify a growing NATO presence in the region In 2016, Russian Foreign Minister Sergei Lavrov said that NATO was perfectly aware that Moscow had no plans to attack any member of the alliance, and that it was using bogus claims of a Russian threat as a pretext to beef up its presence along its borders.