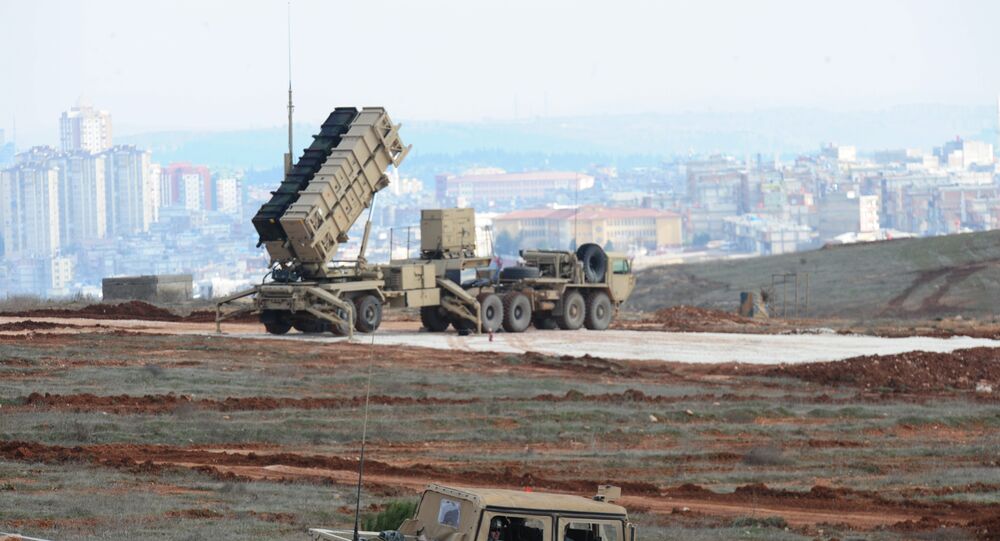 Earlier, Turkish President Recep Tayyip Erdogan said the debate on the S-400s was "over" following recommendations by the US military that Congress reject the sale of F-35s to Ankara if the country moved forward with its purchase of the Russian air defence system.

Turkey's decision to buy Russia's S-400 air defence system does not mean that it's rejecting the US' Patriots, Turkish Vice President Fuat Oktay has said.

"Turkey's purchase of the Russian S-400 air defence systems does not mean that we are rejecting the purchase of American Patriot systems," Oktay said, speaking to Russian media on Thursday.

According to the official, Ankara expects the first deliveries of S-400s to begin in July 2019. Earlier, it was reported that the Turkish military planned to start deploying the air defence systems by October.

© Sputnik / Alexey Malgavko
Turkey Won't Cancel Russian S-400 Deal - Erdogan
Previously, Oktay indicated that Turkey was purchasing Russia's S-400 systems in pursuit of its national interests, and wouldn't renege on its plans at this stage. "Turkey does what is necessary for its own interests regarding the S-400 missile defence system, it takes its own decision and choice," he said, speaking to the Anadolu Agency.

Earlier this week, Turkish Foreign Minister Mevlut Cavusoglu said that no state has the right to try to prevent Turkey from purchasing the S-400, particularly if they didn't want to sell their own systems to Ankara themselves.

On Tuesday, a US State Department spokesperson again warned that Turkey may be slapped with secondary sanctions and lose access to the F-35 fighter plane if it went ahead with its plans to purchase the S-400. The same day, US European Command chief Gen. Curtis Scaparrotti told lawmakers from the Senate Armed Services Committee that he didn't recommend delivering F-35s to Turkey if it didn't abort its S-400 deal with Russia.

© REUTERS
Pentagon Recommends Not to Transfer F-35 to Turkey if Ankara Buys Russian S-400
Last week, Bloomberg reported that Turkey had rejected the US's $3.5 billion offer on the Patriot PAC-3 air defence systems in favour of the S-400. Last month, President Recep Tayyip said that Ankara was not satisfied with US reluctance to provide Turkey with a loan needed to buy the PAC-3, or to organise joint production of the air defence system.

Russia and Turkey penned a $2.5-billion contract on four battalions of S-400s in December 2017, with the first of the systems set to arrive later this year. Designed to stop enemy aircraft, drones, cruise and ballistic missiles, the S-400 is the most advanced mobile air defence system in Moscow's arsenal.