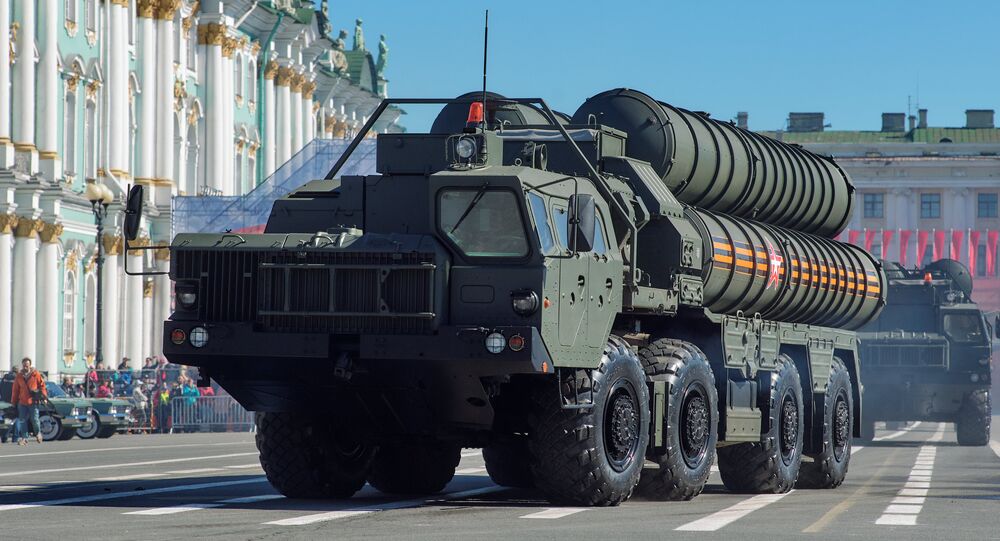 "We have wanted to purchase air defence systems from our allies for years and made official requests for that. And these allies that made obstacles even for purchasing simple equipment started to express concern when we buy S-400s. Why are you so concerned? If we are NATO allies and Turkey needs something, you must sell that to us. And if you do not want to sell, do not interfere when Turkey is purchasing something it needs from other country," Cavusoglu said, as quoted by the Anadolu news agency.

© Sputnik / Alexey Malgavko
If Turkey Caved on S-400 Deal, Regional Crisis Would Ensue – Ex-Turkish General
This comes after on Tuesday, US Department of State spokesperson Robert Palladino said that the United States had warned Turkey that its planned purchase of the Russian S-400 systems would put at risk Ankara’s participation in the F-35 jet program and could lead to Washington imposing sanctions on Ankara.

In January, Cavusoglu said that Ankara was ready to consider the US proposal on deliveries of the Patriot air defence systems, but refused to abandon the S-400 missile systems deal with Russia as a potential precondition for the Ankara-Washington agreement.

In December 2017, Russia and Turkey signed a loan agreement to supply S-400s to Ankara, with 55 percent of the $2.5 billion contract being covered by the Russian loans.