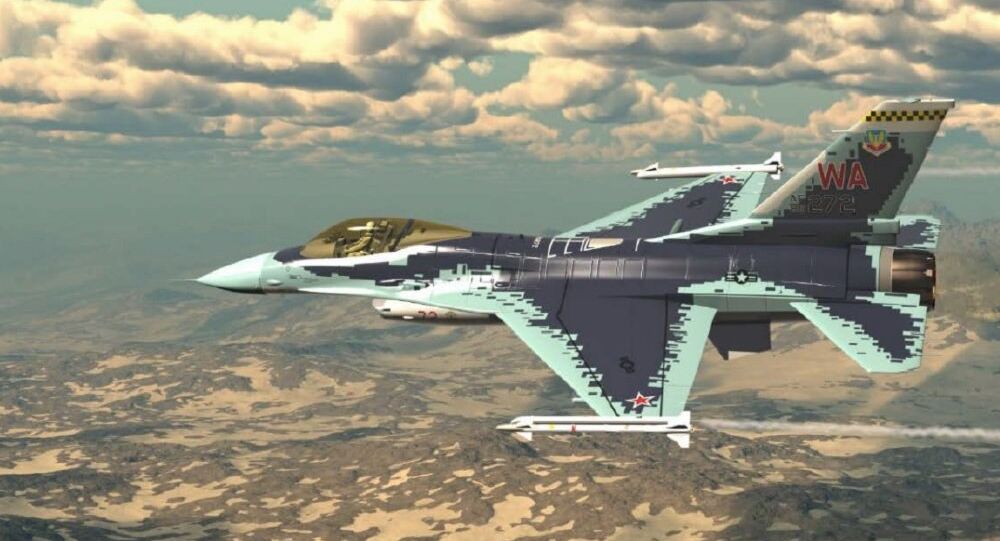 The US Air Force has accumulated an impressive collection of 'enemy' aircraft painted to look suspiciously similar to Russian, Iranian and Chinese planes over the decades, and hosts them at bases stretching from Alaska to Florida.

A US 64th 'Aggressor Squadron' F-16C based at Nellis Air Force Base in Nevada will be decked out with a Su-57-style digital pixilated camouflage paint scheme, 57th Wing commander Brig. Gen. Robert Novotny has confirmed.

In a post published on his Facebook page accompanied by several renderings of the plane, Novotny promised that he would soon publish a time-lapsed account of the plane being painted, and that the new liveried jet itself would be rolled out "soon."

Nellis AFB crowdsourced the plane's F-16C paint scheme late last year, allowing internet users to submit their proposals and judge those of others.

According to Novotny, the Su-57 paint job should be finished by the time summer rolls around, with the plane expected to make its public debut at the Aviation Nation airshow next November.

© Photo : Google Maps
What are Russian MiGs & SUs Doing at US Bases in Nevada, Alaska and Virginia?
Commenting on the paint scheme competition, The Drive contributor Tyler Rogoway noted that the new 'aggressor' paint jobs are picked not simply because they "look cool," but because "they can reflect the geopolitical realities of the time and can give some indication of what aerial threats the Pentagon sees as pressing."

Specifically, the 'aggressor' planes are designed to "realistically simulate" air combat against would-be 'probable enemies', with other details including tactics, procedures, enemy SAM fire, etc. all replicated in drills and based on US intelligence data.

However, it remains questionable how a US 4th gen. jet can simulate the capabilities of the Su-57,  Russia's brand new fifth-gen plane, particularly given the fact that the Su-57 is decked out with a special paint to avoid radar detection, whose composition, naturally, has not been revealed.

The US Air Force has a long history of painting aircraft to look like their would-be Russian, Chinese, Iranian, and other would-be adversaries. Since the days of the Cold War, the Air Force has also accumulated a collection of actual Russian MiG-21s, and, since the Soviet collapse, MiG-29s and Su-27s, at bases scattered across Alaska, Nevada, Virginia and Florida.