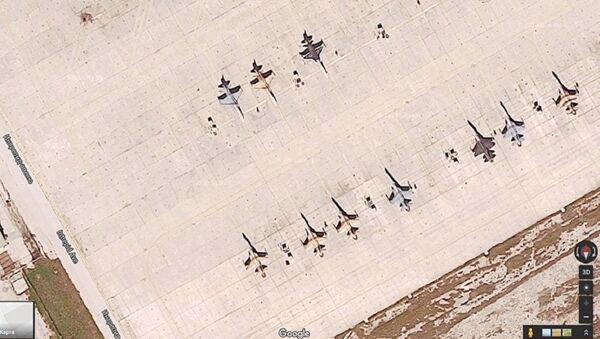 © Photo : Google Maps
Subscribe
International
India
Africa
Ilya Tsukanov
All materialsWrite to the author
The recent Red Flag 18-1 drills at the Nellis Air Force Base in Nevada saw the US and its allies simulate tactical air combat against the 'probable aggressor'. Over the years, the US Air Force's collection of 'enemy' aircraft painted to look suspiciously similar to Russian and Iranian planes has come to include real Russian fighter jets.

USAF Col. Michael Mathes called Red Flag 18-1 the largest-ever drills of their kind. Simulating the first 10 days of a major large deployment and engagement with the prospective enemy, drills involved planes from the US, the UK and Australia. The so-called Red Forces' 'aggressors' consisted mostly of US F-16s painted in aircraft camo patterns eerily similar to those of the Russian Aerospace Forces.

Investigating the history of US air combat training involving 'aggressor' fighters, Rossiya Segodnya military journalist Vadim Saranov recalled that the training missions were first organized in the late 1960s and early 1970s. At that time, Northrop F-5s were painted in the Soviet Air Force color scheme. The training was organized to prepare pilots psychologically for contact with the Soviet enemy in the event of war.

In 1973, the USAF got its hands on its first real Soviet fighter, a MiG-21F-13 captured by the Israelis from the Arabs and given over to the US military. A few years later, Soviet MiG-21bis and MiG-23s joined the ranks of the 64th Aggressor Squadron based at the Nellis Air Force Base.

In the 1990s, after the collapse of the USSR and the Soviet bloc, USAF "Aggressor Squadrons" received more modern aircraft. Following unification, German Air Force Mig-29s regularly visited the US to take part in drills, and in December 2016, an enthusiast in Nevada spotted an Aggressor Squadron Su-27 simulating a dogfight with an F-16.

Two Su-27s are believed to have been delivered to the US from Belarus in 1995; two more, this time in 'UB' trainer configuration, were bought from Ukraine in 2009 by a private aircraft company, and later rumored to be transferred to the military. Rumors have also circulated about the US purchase of two Su-27SKs from former Soviet Bloc ally Ethiopia.

In all, Saranov estimates that over two dozen of the USSR's premier fighter plane wound up in the US from the former Soviet Union and Eastern Europe, all of them bought from de jure private companies.

In 2017, one of the USAF's SU-27s is rumored to have crashed, killing test pilot Lt. Col Eric Schultz near Area 51. The Air Force however has remained silent about what kind of plane Schultz was flying.

SUs aside, the 'Red Forces' aircraft also include F-5s, F-15s, F-16s and F/A-18s. "Judging by their color scheme, one gets the general idea of whom today's US Air Force considers its 'most likely enemy'," Saranov quipped.

Nellis AFB is the main home base of the 'Aggressor Squadrons'. The USAF's 64th Squadron of the 57th Air Force Wing is deployed here. Satellite images show that F-15s and F-16s in two color schemes, including Russian gray-blue and Iranian Airforce-inspired three and two color olive and desert camo, are present at the base. Aviation specialists say the planes were initially intended to be sold to Pakistan, before the latter was hit with a weapons embargo. The complement of aircraft at the base also includes the 'shark' color scheme – featuring a blue underside and coal-colored topside, also used by the Russians. 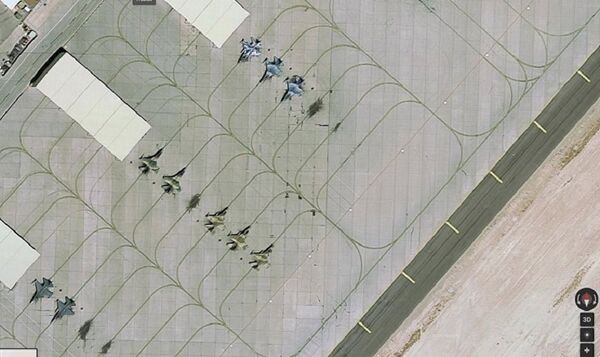 'Enemy' trainers are also present in Alaska, in the form of the 18th Aggressor Squadron flying out of Eielson Air Force Base. Consisting of 12 F-16s, the planes are meant to simulate Russian MiG-29s. 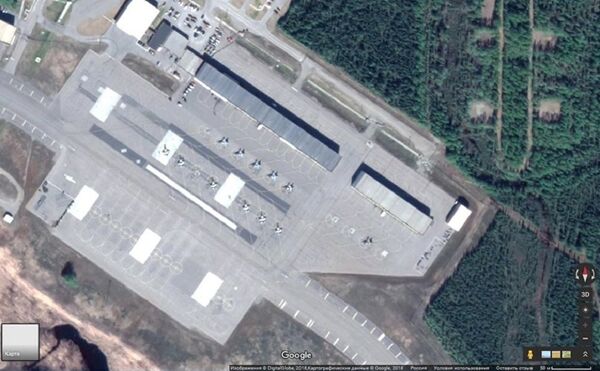 The Marines have their own 'Marine Adversaries' unit in form of the Squadron 401 Reserve fighter squadron out of Marine Corps Air Station Yuma, with several F-5Ns painted to look like Russian planes. 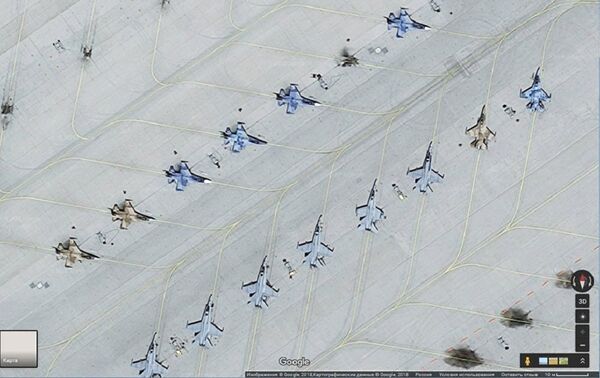 The Red Air Force had an analogue to the USAF's 'aggressor' training concept. The Mary airbase in the republic of Turkmenistan held tactical air combat training against simulated enemies, although unlike the USAF, these were ordinary Soviet planes with ordinary paint schemes, with the focus being on simulating American tactics of air combat. Training at the base ceased after the Soviet collapse. 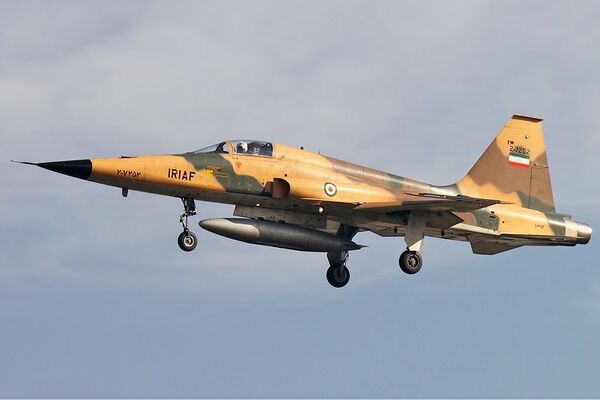 A Northrop F-5 fighter, this one operated by the Iranian Air Force.
© Khashayar Talebzadeh

For the most part, Saranov wrote, Soviet combat training using US planes was conducted for military industry testing purposes. In 1975, a Soviet trophy F-5 was extensively studied at the Chkalov State Flight Test Center at Akhtubinsk, Astrakhan, and tested in combat against the new MiG-21bis mod fighter. Military engineers were disappointed, finding that the MiG was never able to get onto the tail of the more maneuverable US plane.

The results of these grueling tests were taken into account for the design bureau's future planes, including the MiG-29. In testing by the German Luftwaffe after the fall of the Berlin Wall, MiG-29s proved more than a match for the latest USAF equivalent – the F/A-18 Hornet in dogfighting tests.