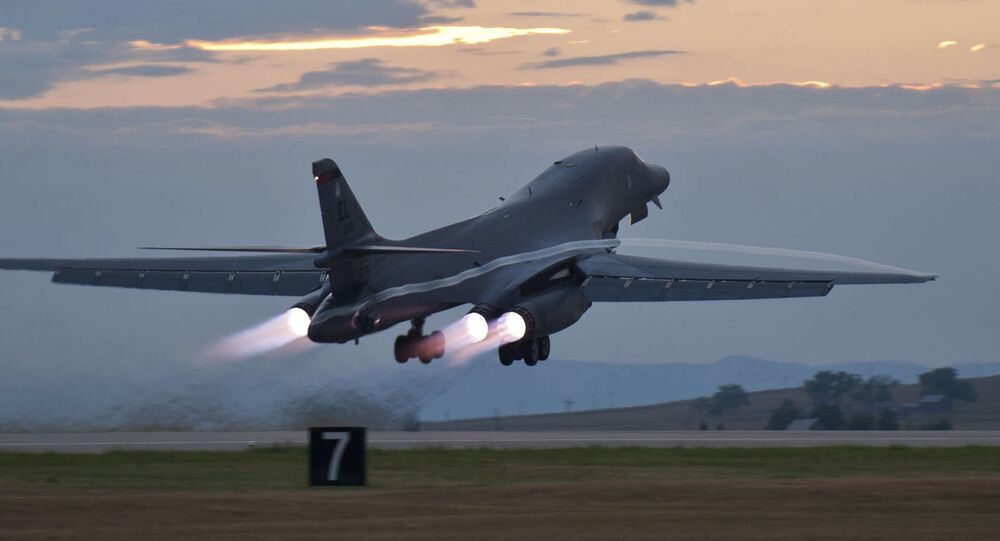 A nation with a war budget greater than that of the next seven countries combined, the US is unsurprisingly being ripped off by foreign contractors, and now the Justice Department is cracking down.

© Flickr / Images Money
US Budget Deficit Jumps due to Tax Cuts, Massive Military Spending
As the US investigates three South Korean firms accused of a conspiracy to vastly overcharge the Pentagon for hundreds of millions of dollars of fuel-supply expenses, the US is widening its crackdown on bid-rigging schemes and the abuse of American military contracts overseas, according to reports.

South Korean firms Hyundai Oilbank, S-Oil Corp and Jier Shin Korea are accused by US prosecutors of participating in a bid-rigging scheme to bilk over $100 million out of the US military, by quietly overcharging for goods and services, according to the South China Morning Post (SCMP).

Quoting two unnamed sources said to be intimately connected to the ongoing investigation, SCMP noted in its report that six companies have been charged in filings at a US federal court in the state of Ohio. Reports describe the actions that brought about the charges as a ‘conspiracy,' indicating that the South Korean oil firms may have colluded to overcharge the Pentagon for fuel supplies.

Filed by the US Justice Department after earlier settling for some $236 million in criminal fines and civil damages against GS Caltex (a firm 50-percent owned by Chevron), SK Energy and Hanjin Transportation, the new court papers seek to address a reported bid-rigging scheme that occurred between 2005-2016.

As detailed by US government procurement website GovTribe, the US military's major fuel suppliers for its South Korean airbases between 2008-2013 were GS Caltex, S-Oil, Jier Shin Korea, Hanjin, SK Energy and Hyundai Oilbank, according to SCMP.

Contacted by media, S-Oil Corp — partly owned by Saudi state oil company Aramco — claimed that it was "unaware of any investigation."

While acknowledging that it was under investigation by the US Justice Department, Hyundai Oilbank declined to provide further information, as other fuel supply companies named by SCMP sources refused to comment.

A large proportion of the estimated current 2018 $700 billion Pentagon budget is liberally applied to South Korea, a nation that has had a far-reaching American military presence since the 1950-1953 Korean War.

Over 28,000 US troops are currently stationed in South Korea, even as Camp Humphreys remains the largest US overseas base on the planet, with an estimated deployment of 20,000 US personnel.