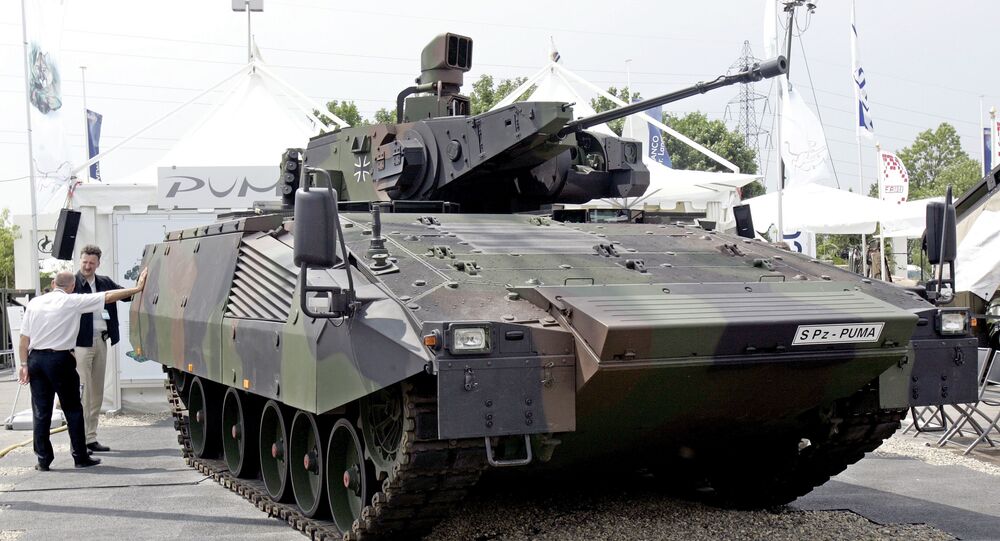 The country’s army has ordered some 350 Puma tanks - considered to be the most expensive at about $9.3 million each - as well as other up-to-date vehicles of its class, to revamp the national forces. But it turns out that soldiers may be too tall to fit inside the German machines due to an alleged failure in planning and design.

The German military Bundeswehr is facing a problem of size with its new Puma tank, which has turned out to be unable to fit soldiers taller than 1.84 meters, according to a report by German newspaper Welt.

Existing standards for tanks currently in service allow for soldiers to be up to 1.96 meters tall. Meanwhile, in the front part of the new tanks, the maximum height is limited to 1.91 meters and some soldiers are expected to not be able to meet the requirements in switching to the new Puma, according to the newspaper citing the German military.

Welt suggests that Berlin estimated the future size of soldiers using medical stats from over 15 years ago, and subsequently required that the new model have particularly high protection for the crew, as well as special seat construction, defending tank operators from explosive shock waves.

© AP Photo / Michael Sohn
Tank Renaissance: Germany Reportedly Reviving WWI-Era "Leopards"
According to the German military, cited by the media, it “is still to be clarified" if the design of the new tank can be altered. According to Welt, an expert panel is to meet shortly.

According to sources, the incorrect size standards are causing the German Ministry of Defense to look into ordering new equipment new  uniforms for tankmen, as well as altering hiring standards.

About 350 of the 6-person crew tanks are set to enter service by 2020. Delivery of the Puma tank has now been delayed some 57 months — nearly five years, as the total price for the new armored vehicles has increased to $1.41 billion, with each Puma 55 percent more expensive than was initially indicated.

WATCH: US Loses to Austria, Germany in 2017 NATO Tank Challenge