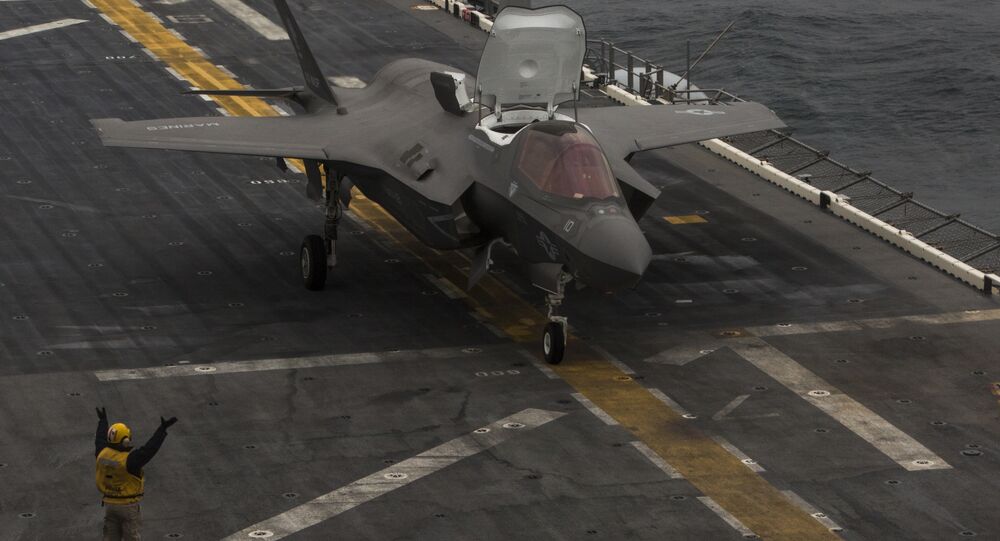 Ocean-borne lasers have targeted US military pilots flying over the Pacific Ocean nearly two dozen times in recent months, according to a new report, drawing parallels to the Pentagon’s allegation earlier this year that Chinese military lasers were aimed at US pilots near Djibouti.

The Wall Street Journal reported Thursday that lasers were used to attack US pilots on 20 separate occasions since the start of the year. According to the WSJ, all incidents occurred over or close to the East China Sea, "typically where the Chinese military or other Chinese civilians operate."

But unlike the instances near the Horn of Africa, where the People's Liberation Army-Navy maintains a base, multiple officials said the lasers seemed to be emanating from fishing boats as well as from the mainland. And while 20 incidents have been known to be reported, per the WSJ, even more incidents may have happened but simply remained unreported by air crews.
US officials refused to "definitively confirmed that Chinese personnel were behind all of the attacks," the report says.

And this time around, unlike the incidents in Africa, the directed beams of energy weren't originating from military-grade weapons in every reported incident, the newspaper noted.

"US officials said they considered the latest incidents to be low-level but concerning harassment, along the lines of the incidents [US] State Department personnel experienced this year in Guangzhou, where diplomats and some families were evacuated after reports of unexplained medical symptoms."

In May, the Pentagon charged Beijing with firing directed-energy weapons at US pilots near China's base in Djibouti, injuring at least two airmen, and requested that Beijing investigate the laser incidents.

US Jet in East China Sea: What Was the 'Goat' Doing in the 'Distant Backyard'?