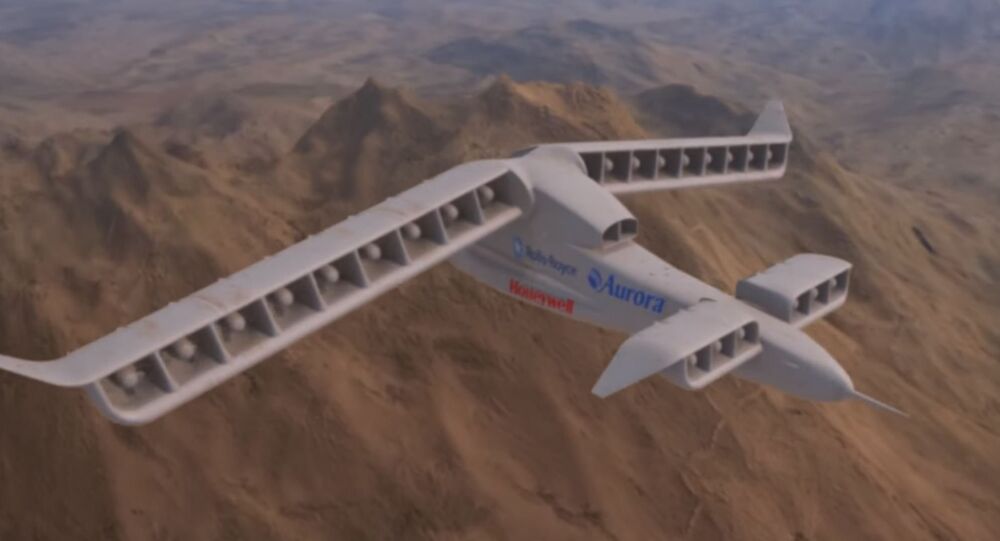 The Defense Advanced Research Projects Agency (DARPA) awarded a contract to Aurora Flight Sciences in 2016 to build an unmanned VTOL X-plane as part of the program known as LightningStrike. Flight demonstrations were supposed to take place this year, but DARPA killed the program before the full-scale demonstrator ever got off the ground in flight tests, DARPA spokesman Jared Adams confirmed to IHS Jane's on Wednesday.

The decision to terminate the program was made by the agency during a recent program review, Tactical Technology Office Director Fred Kennedy told the news outlet April 25.

The agency paid Aurora $89.4 million to construct and perform flight demonstrations with the plane, Flight Global reported in 2015. At the time, Aurora CEO John Langford said his company was "proud to support DARPA on what we all hope to be a truly historic breakthrough in aviation technology… if successful, VTOL X-Plane's radically improved flight capabilities could lead to revolutionary advancement of the US military's future mission capabilities."

Rolls-Royce North America and Honeywell Defense and Space were subcontractors for the program.

The US taxpayers' $89 million awarded to the contractors did not result in useful military applications. Kennedy, the DARPA TTO Director, told IHS Jane's there is significant interest in the hybrid-electric X-plane, "however, there is no immediate transition partner." Aurora said in a Tuesday statement it plans to develop the technologies for commercial purposes moving forward.

The Pentagon's R&D graveyard may require new purchases of real estate to dig more sites for once-promising ideas to rest in peace. Well-known defense consultant Loren Thompson wrote in 2011 that "as for air force planes and rotorcraft, the last ten years may have been the most wasteful period in the service's postwar history, because so many projects were killed before coming to fruition after going through costly gestations."

But even the Air Force cannot hold a flame to the "vast bureaucracies outside the military service that supposedly save money by consolidating management of joint activities," Thompson said.

"The big culprit there is the Missile Defense Agency, which relative to its size has probably wasted more money on canceled technology projects than any other federal organization in modern times… Its biggest success — the sea-based Aegis combat system — can trace its longevity mainly to the fact that the Navy was in charge rather than missile-defense proponents," the consultant noted.

'Two Agendas' Behind US Drone Sales to Germany Exposed by Analyst