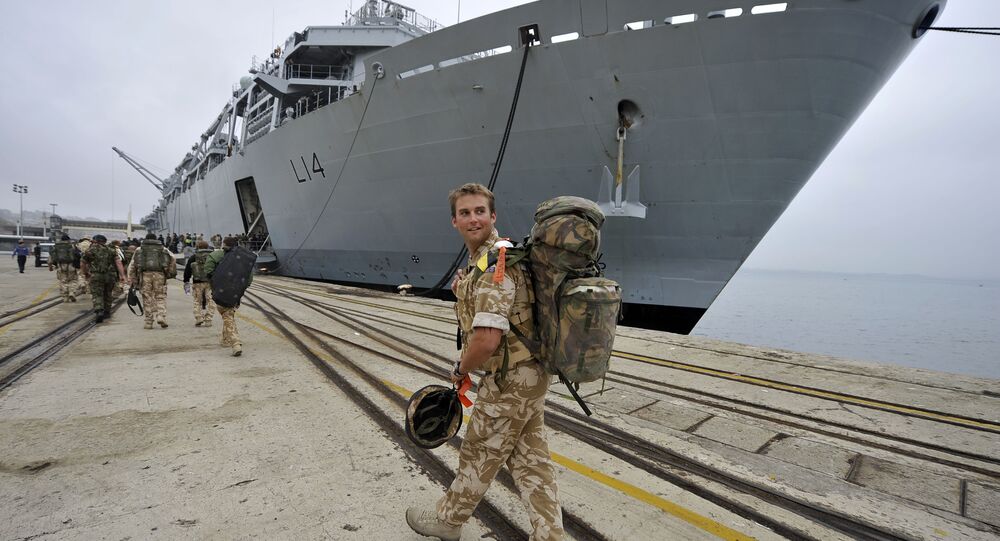 Western countries and their key Asian allies have deployed naval forces to areas including the Yellow Sea to enforce the trade embargo imposed on North Korea by the UN Security Council over its nuclear and missile programs.

HMS Albion with Marine commandos on board is sailing to waters off the North Korean coast to enforce UN sanctions and take part in joint drills with Britain’s regional allies, the Independent reported.

The Albion will join the HMS Sutherland, which has already been deployed to the area.

Britain’s Defense Ministry earlier said that another warship, HMS Argyll, would be dispatched to the region later this year for a series of joint exercises with Australia, Malaysia, New Zealand and Singapore.

A UN Security Council resolution bans ship-to-ship transfers of goods destined for the North Korean capital Pyongyang, but some vessels have broken the sanctions.

The tensions around North Korea's nuclear program have remained high over the past year amid Pyongyang’s repeated nuclear and ballistic missile tests in violation of UN Security Council resolutions.

As a response measure, the UNSC has introduced multiple rounds of sanctions against North Korea in order to impede the development of its nuclear program.

The UN Security Council introduced its latest economic sanctions against North Korea in December 2017, banning the export of food and agricultural products, machinery, electrical equipment, and prohibiting Pyongyang from selling or transferring fishing rights and prohibiting the country from selling or transferring fishing rights.

READ MORE: UK Military Chiefs 'See What Support' They Could Give US in War With North Korea

The resolution also strengthened measures regarding the supply, sale or transfer to North Korea of all refined petroleum products.

Russia, meanwhile, has been looking for ways to end the Korean crisis.

© AP Photo / Wong Maye-E
Kim Jong-un Initially Assesses Upcoming S Korea, US Summits - Reports
During their meeting in Moscow last month, Russian Foreign Minister Sergei Lavrov and South Korea's National Security Office head Chung Eui-yong agreed on joint efforts between the two countries on searching for ways to resolve the crisis on the divided Korean Peninsula and to ensure the success of the upcoming meetings between the leaders of South and North Korea, as well as the a much-anticipated meeting between US President Donald Trump and North Korea’s leader Kim Jong-un.
...
Reddit
Google+
Blogger
Pinterest
StumbleUpon
Telegram
WhatsApp
534