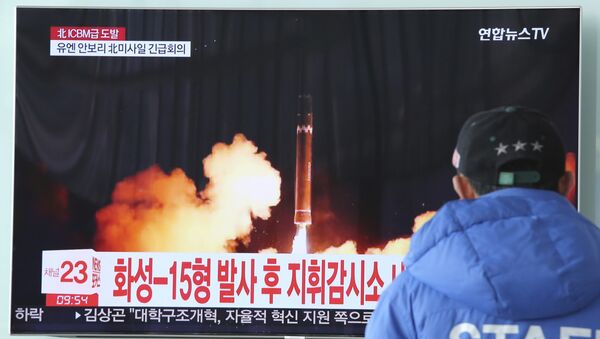 MOSCOW (Sputnik) - UK Foreign Secretary Boris Johnson said that the threat posed by North Korea's military activities and the policy of its leader Kim Jong Un was the biggest "since the dawn of the atomic age."

"Kim Jong-un, the language that he has used: destroying not just parts of his neighbours but parts of the United States; his incipient ability to launch a nuclear-armed intercontinental ballistic missile – a threat of the kind the world has not known since the dawn of the atomic age," Johnson said in an interview with The Guardian released on Monday.

North Korea Expanding New Tunnel at Nuke Test Site Following Collapse
The UK politician added that there was a possibility that "a rogue state" would be able to use nuclear weapons for blackmailing other countries, as well as even using the nuclear arms against them.

According to the diplomat, the approach implemented by US Secretary of State Rex Tillerson as for North Korea in order to reach international consensus has been "entirely right."

Johson added that China had the real possibility to contribute to the settlement of the crisis around the Korean Peninsula.

"In the end, the people who can really solve the problem are the Chinese… I think one of the reasons for being optimistic about the world generally is, there are places around the world where you can see the Chinese ability to play a positive role in global diplomacy, and increasing Chinese interest in doing that," the foreign secretary said.