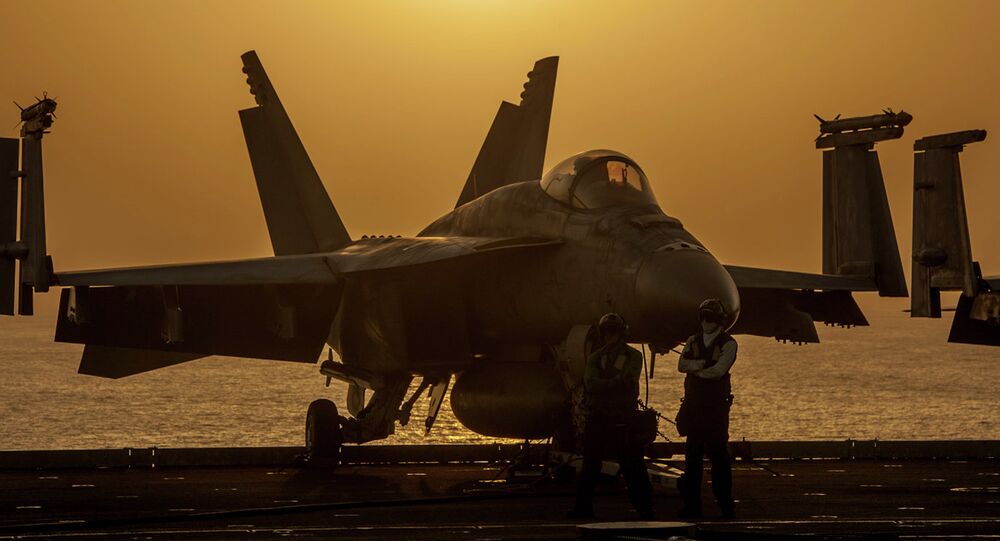 Aerospace giant Boeing has won a contract in excess of $1 billion for engineering services related to the Kuwait Air Force’s acquisition of more than two dozen F/A-18 Super Hornets, according to a recent Pentagon announcement.

According to the announcement, the engineering work is related to the production and delivery of 22 F/A-18E single-seat fighters and six F/A-18F twin-seat aircraft.

© AFP 2021 / FABRICE COFFRINI
Not a James Bond Movie, But Close: Swiss F/A-18 Can Take Flight From Secret Mountainside Base

A little more than a week after the 2016 presidential elections in the United States, the US State Department made an announcement approving the sale of 32 F/A-18E/Fs to Kuwait's government.

"The proposed sale will contribute to the foreign policy and national security of the United States by helping to improve the security of a Major Non-NATO Ally that has been, and continues to be, an important force for political and economic progress in the Middle East," the State Department noted at the time.

According to USNI News, Kuwait's procurement of Super Hornets is one of the biggest international deals keeping the Boeing Super Hornet production facility in St. Louis, Missouri, working. Boeing has submitted bids for the F/A-18 to fulfill the fighter jet needs of India, Finland, Switzerland and Germany, USNI News reports.

US President Donald Trump's administration and congressional Republicans are also working to keep the lights on at the Super Hornet production facility. The $1.3 trillion omnibus spending bill signed by Trump on March 22 allocates $1.8 billion for the procurement of 24 F/A-18 airplanes.

Delays in the F-35C program, which is supposed to comprise the future of US naval aviation, have left the existing Super Hornet fleet needing to operate longer and more often.

The F/A-18E and F aircraft have been slated for eventual retirement in 2035. Since the F-35C program has made so little progress — and is "at risk" of not reaching operational status this year despite many promises from Lockheed Martin that the F-35C would go online in 2018 — "we might even fly these airplanes close to 2040," Rear Admiral Mike Manazir, now retired but at the time the US Navy's director of air warfare, told the House Armed Services subcommittee on seapower in late 2015.