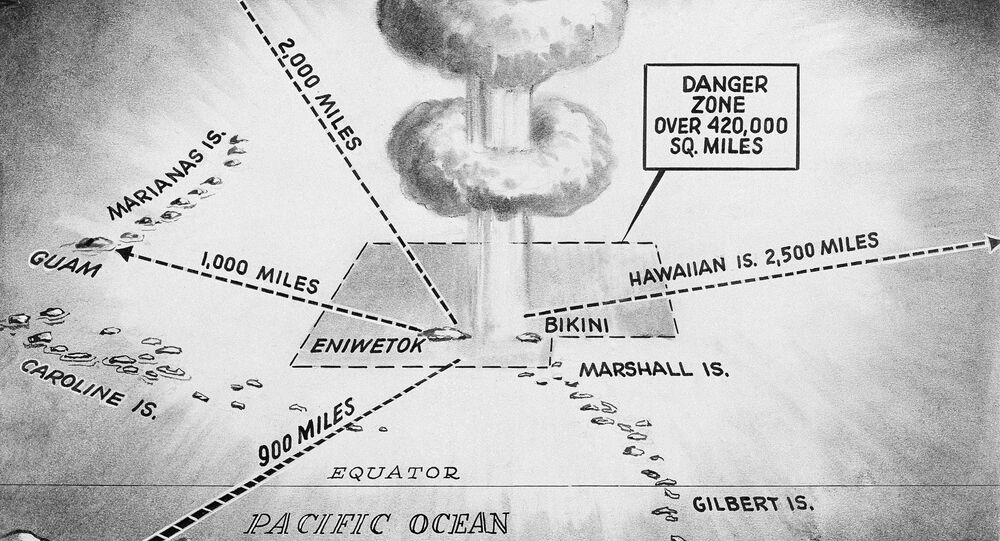 Although the US has not tested a nuclear weapon since 1992, the administration of US President Donald Trump has quietly ordered that the Pentagon’s Nevada National Security test site put itself in a state of readiness to detonate a nuclear bomb within a time frame of as little as six months, according to reports.

After proposing a $1.2 trillion deal to modify and redesign America's entire nuclear-weapons program, Trump, in authorizing the development and manufacture of the first new US nuclear warhead in 34 years, has also requested that the long dormant testing facility some 90 miles northwest of Las Vegas be put on a speeded-up timetable for detonation readiness: to six months from the Department of Energy's earlier forecast of two to three years.

Although the Trump White House describes upcoming potential underground nuclear detonations as "a simple test, with waivers and simplified processes," sources close to the US National Nuclear Security Administration have claimed that any new atom bomb explosion in the Nevada desert would be less about the technicalities and more about political theater, according to Time.

In demonstrating to Iran, China, Russia and the People's Democratic Republic of Korea (DPRK), that the US is rapidly expanding its nuclear weapons program, Washington would not be testing technical details but rather detonating weapons "for political purposes," cited by Time.com.

While Trump has not currently ordered a new nuclear weapons test, the straightforward nature of what many consider to be a provocative show of force by Washington, after decades of US restraint, appears to many to be an announcement of a new global nuclear arms race.

"We must modernize and rebuild our nuclear arsenal," Trump declared during his January 30 State of the Union speech.

Although every US president since Republican Dwight Eisenhower has avoided suggesting that the US could again launch a nuclear weapon against an enemy, Trump, in contrast, has suggested the unthinkable by asserting that his administration would unleash "fire and fury like the world has never seen," against the DPRK.

The 45th US president has also displayed a knee-jerk hostility toward existing nuclear agreements, including the landmark 2015 JCPOA agreement to stop Iran from becoming a nuclear power and the 2010 New START treaty between Washington and Moscow limiting nuclear weapon development.

Trump reportedly demanded the development and manufacture of additional nuclear bombs during a July 20, 2017, Pentagon briefing, while criticizing military advisers for suggesting any reduction in US nuclear stockpiles, according to Time.

The strikingly unpopular world leader has also publicly trashed the work of his own Secretary of State, Rex Tillerson, by ignoring ongoing negotiations and taunting Pyongyang with a "much bigger & more powerful" button that Trump would ostensibly push to launch a deadly nuclear attack against the isolated country of some 26 million.

The global community has watched in astonishment as Trump has gone against almost every notion of humanity's denuclearization.

"The long-standing strategic policy of the United States has been to reduce the role and number of nuclear weapons," observed Andrew Weber, a 30-year nuclear-weapons expert for the US State and Defense departments prior to his 2015 retirement, cited by Time.com.

"That idea seems to have been balled up and thrown out the window," he noted.