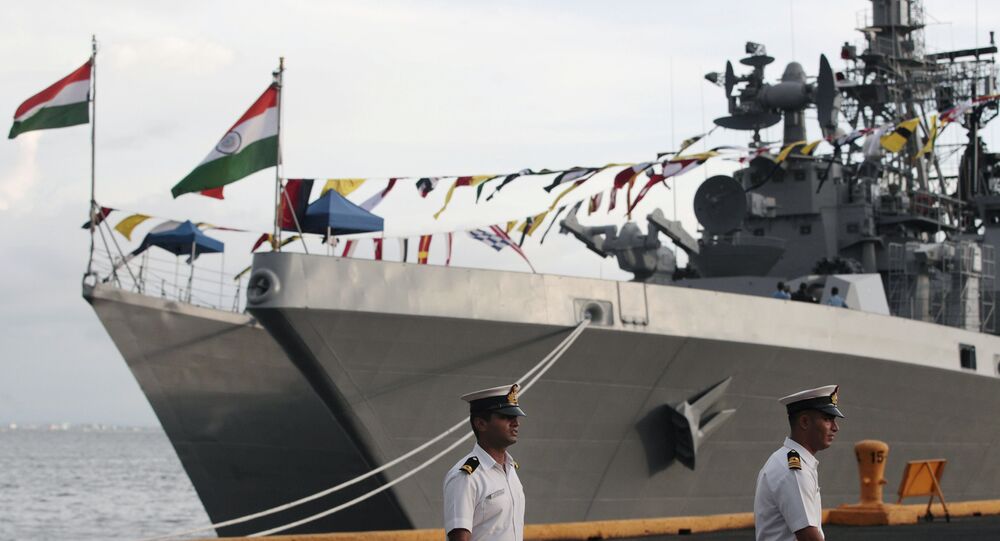 India’s first major defense hardware deal with South Korea for the co-production of 12 minesweepers for the Indian Navy has fallen apart after prolonged negotiations between Goa Shipyard Limited and Kangnam Corporation, as differences persisted over the transfer of technology and cost.

New Delhi (Sputnik) — India's state-owned shipbuilder Goa Shipyard Limited (GSL) is soon expected to issue a fresh expression of interest for the $4.9 billion mine countermeasure vehicles (MCMVs) project after canceling an earlier deal with South Korea's Kangnam Corporation. This could be GSL's third attempt in the last 10 years to build such vessels at its local facility.

© CC BY-SA 3.0 / P.Suresh
India, South Korea to Jointly Build Five Warships in Next Five Years
The Indian government is now preparing to issue a fresh tender for minesweepers and it hopes to conclude the new purchase as soon as possible. All six MCMVs currently operational in Indian Navy are set to retire by the end of 2018. This will leave the world's fifth-largest navy without any minesweepers, which are essential in detecting and destroying mines laid by enemy forces to choke harbors and spread mayhem.

"Regarding MCMVs, the parliamentary committee has been [informed by the defense ministry] that the six MCMVs in operation are over 26 years old. Therefore, the rapid induction of MCMVs must be taken care of," noted a parliamentary panel report tabled on December 19, 2017.

India had bought six MCMVs from the erstwhile Soviet Union in the 1970s.

Highly placed government sources told Sputnik that the defense ministry has asked the state-owned shipbuilder Goa Shipyard Ltd (GSL) to start a fresh tendering process. The decision was taken against the backdrop of failed negotiations with Kangnam Corporation regarding some critical issues, including the cost and transfer of technology. Several rounds of unsuccessful talks were held between the two sides on those issues within the last one year.

"Final negotiations did not reach a conclusion due to issues involving the transfer of technology and cost. Thereafter, the government wanted to start a fresh tendering process for the MCMVs," a government official told Sputnik on the condition anonymity.

© AFP 2020 / PUNIT PARANJPE
India Gets $9 Billion Loan From South Korea for Infrastructure Development
In April 2017, Vice Admiral DM Deshpande, Controller of Warship Production and Acquisition of the Indian Navy, had said that the issues between Goa Shipyard and the South Korean collaborator in the project have been sorted out and the deal should be sealed by the end of 2017. This negotiation was started in 2016, following the cancellation of a 2008 contract almost awarded to Kangnam Corporation, as the company had responded to Indian government's tender with the lowest bid. However, the deal had to be canceled amid charges of corruption by the South Korean company to bag the deal.

The Indian Navy needs at least 24 MCMVs to plug the shortfall. China, on the other hand, has more than 100 minesweepers and mine countermeasure vehicles.