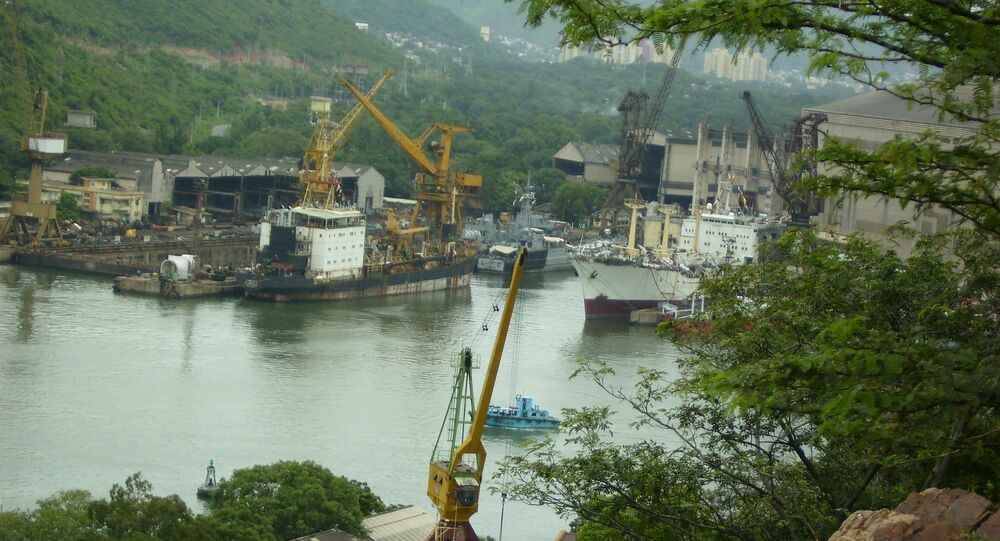 New Delhi (Sputnik) — The Indian Navy is expecting to receive its first missile-range instrumentation ship (MRIS), the country's most advanced and largest ocean surveillance vessel, in the first quarter of 2018. The rigorous trial of the 1000-ton ship named VC-11184 is currently underway on the eastern coast of the country. Hindustan Shipyard Limited (HSL), a Vizag-based shipbuilder, is hopeful that it will be able to meet the delivery deadline of the twin 9,000 kW diesel engine ship.

"The ship is almost ready and once the trials get over, it will be officially handed to the Navy in 2018," an HSL official was quoted as saying by the Times of India.

© AP Photo / Bikas Das
Indian Navy Gets More Stealth Power With Anti-Submarine Warship INS Kiltan
This 175-meter-long vessel, designed by Vik Sandvik Design India, has a specialized deck to house a 12-ton multirole helicopter. The MRIS can cruise at a speed of 21 knots with 300 crew members.

A second MRIS, smaller in size and meant to monitor the flight trajectories of subsonic and supersonic cruise missiles, is also under construction at the state-owned Cochin Shipyard Ltd and is expected to enter into service in 2020.

© CC BY 2.0 / Clemens Vasters / Indian Navy Boeing P-8I Neptune
Indian Navy to Have Submarine Hunter Aircraft aboard All Its Warships
The Indian government had asked its two state-owned shipbuilders to manufacture a specially designed ship that can monitor the flight trajectory of Indian intercontinental ballistic missiles and submarine-launched ballistic missiles during test launches. However, the final product is an upgraded version that can also track the inbound flight trajectories of multiple maneuverable warheads.
...
Reddit
Google+
Blogger
Pinterest
StumbleUpon
Telegram
WhatsApp
90