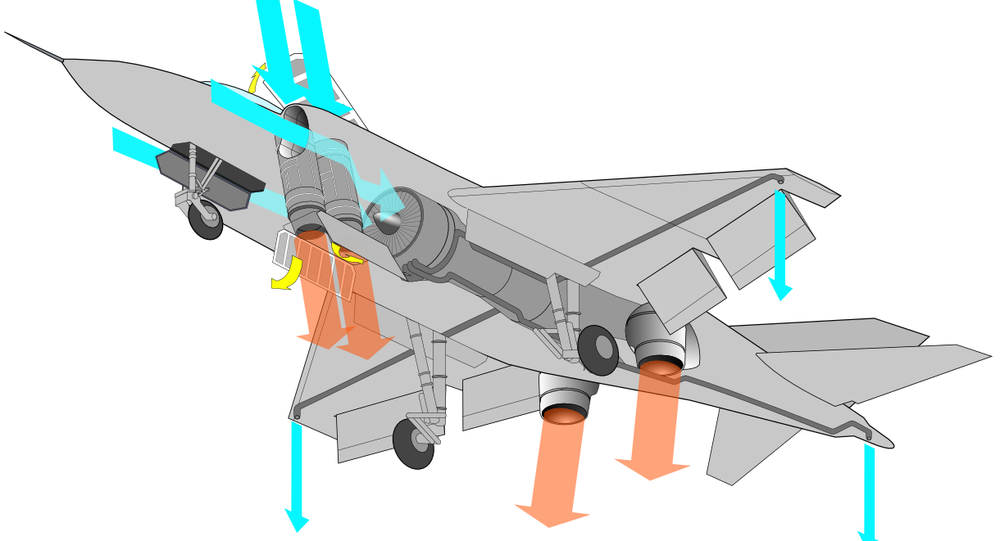 Russian Deputy Defense Minister Yuri Borisov has confirmed that work is underway on the design of a new vertical take-off and landing (VTOL) aircraft. Military observer Vadim Saranov outlines what's driving the military's interest in this class of aircraft, and considers whether Russia's aviation industry has the resources and know-how to build it.

Last month, the Russian Defense Ministry confirmed that work is under way on a new VTOL plane design. Deputy Defense Minister Borisov said that the naval aviation variants of the MiG-29 and Su-33 fighters in use by the Navy today face becoming obsolete in the next decade. Accordingly, he said, it's logical to start development of a new plane to replace them. Borisov's remarks follow revelations this summer that the MoD has been discussing the issue of a new VTOL design with Russia's military aircraft manufacturers, and that the plane could be "a development of the Yak line."

The Yak-38, first introduced in 1976, quickly became the USSR's most heavily-produced VTOL aircraft, and enjoyed widespread deployment aboard the Soviet Navy's fleet of Project 1143 heavy aircraft carrying cruisers, including the Kiev, the Minsk, the Novorossiysk and the Baku.

The Yak-38 garnered a poor reputation among pilots due to a high accident rate (with several dozen of the 231 Yak-38s built destroyed or scrapped following accidents). As military observer and RIA Novosti contributor Vadim Saranov pointed out, the planes' capricious nature limited flight time aboard aircraft-carrying Navy ships to a paltry 40 hours a year.

"The planes' combat characteristics were also questionable," the journalist wrote. "Due to the lack of on-board radar, it was only conditionally able to engage in aerial combat. The Yak-38's use as a pure attack aircraft looked rather ineffective, since its combat radius in VTOL mode amounted to just 195 km, and even less in a hot climate."

Given their less-than-stellar record, production of the Yak-38 was stopped in 1989. Gradually withdrawn and scrapped throughout the 1990s, the remaining VTOL Yaks were retired from the Russian Navy in 2004.

Considered a highly promising design by Soviet and Western observers, the Yak-141 program was canceled after the collapse of the Soviet Union. Lockheed Corporation entered into a partnership with Yakovlev with the official aim of funding the program. Years later, many Russian observers suggested that Lockheed, already working on its X-35 F-35 prototype, effectively bought out the Yak-141's technical documentation for about $400 million.

© Sputnik / Sergey Subbotin
Yakovlev Yak-141 on display at the MAKS-95 airshow outside Moscow in August 1995.

A New VTOL for the 21st Century

Speaking to Saranov about the prospects for a new Russian VTOL design, Russian Navy captain first rank (ret) Konstantin Sivkov said that if the aircraft were developed and fielded, they would become a boon not just to the Navy, but to Russian military aviation as a whole.

"The main problem in contemporary aviation today is that a jet fighter requires a good runway," Sivkov explained. "There are very few airfields of this kind, and it's quite easy to destroy them through a first-strike attack. Aircraft equipped with VTOL can be dispersed, to a clearing in the woods, for example. The use of VTOL by combat aviation would give it exceptional staying power."

"Conventional fighters can carry out combat missions in conditions of partially destroyed airfield infrastructure from shortened airstrips of less than 500 m," the analyst noted. "The military's plans to build a carrier fleet is something else entirely, however. There, the use of VTOL aircraft would indeed be highly rational."

The VTOL design would enable strike aircraft to be deployed even aboard small aircraft-carrying cruisers, perhaps even foregoing the need to build a new, expensive, conventional aircraft carrier.

Sikvov emphasized that Russian design bureaus have no time to lose for creating a new VTOL design. "Aircraft with VTOL capability can be based not just on conventional carriers, [but on much smaller ships.] For example, a tanker equipped with a ramp becomes a kind of aircraft carrier; we had similar projects during the Soviet era," the analyst said. "Furthermore, VTOL aircraft can be used aboard helicopter-carrying combat vessels such as frigates," he added.

In any case, Saranov pointed out that the case of the F-35 offers a warning about the potential costs involved in the creation of a new VTOL-capable fighter plane, with that program reaching a staggering $1.3 trillion estimated price tag. The journalist noted that creating a plane with performance characteristics comparable to the F-35B will require finding solutions to a series of design problems, including miniaturization of avionics, new generation on-board systems, and a new airframe taking into account the requirements of a VTOL aircraft.

"The Russian aviation industry has opportunities in this direction, particularly since many systems can be unified with the Su-57 fifth-gen fighter aircraft," the journalist noted.

At the same time, according to Panteleev, the specially-designed engine may prove to be the new plane's biggest problem. "The developer of the engine for the Yak-38 has ceased to exist. While the technical documentation about the Yak's thrust nozzles, including its afterburner, is probably still around, the specialists with the practical experience to create these components probably aren't around anymore. Here, we've probably lost our expertise."

These problems notwithstanding, the observer noted that if the Ministry of Defense does go ahead and approve the creation of a new VTOL aircraft, the aviation industry will be able to come up with an appropriate design.

In the meantime, the military has already offered hints about its vision of the future of Russian naval aviation. The MoD plans to lay down the Project 23000E Shtorm heavy aircraft carrier sometime between 2025 and 2030. By that time, the Navy expects to receive two new Priboy-class universal helicopter-carrying amphibious assault ships. These, it can be safely assumed, would be perfectly capable of carrying any new VTOL project the aircraft industry throws their way.