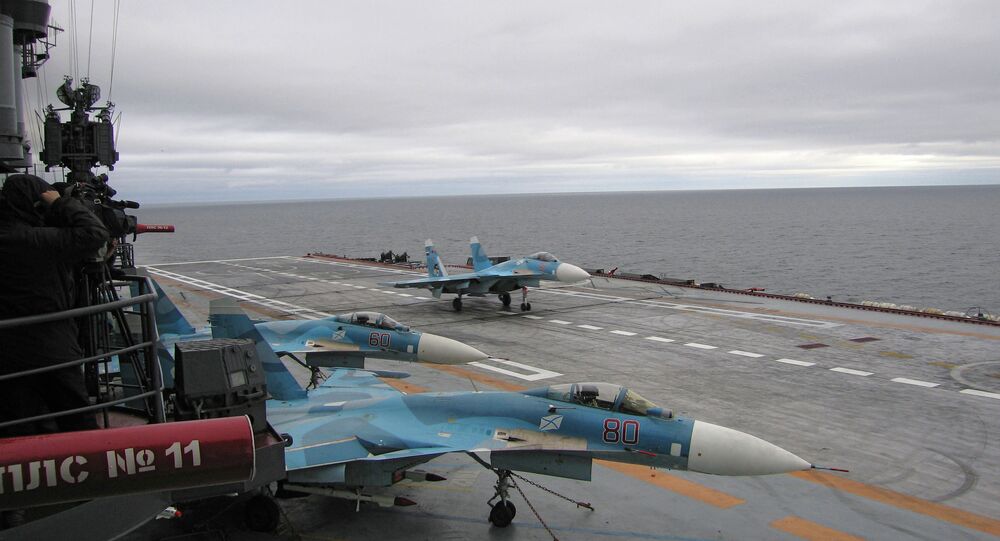 The Russian Defense Ministry is considering the development of a vertical takeoff (VTOL) plane for aircraft carriers based on the Yak-family, Deputy Defense Minister Yury Borisov said Tuesday.

© Sputnik / Ramil Sitdikov
MAKS-2017 May Promote Russian Aerospace Products at Foreign Markets - Putin
ZHUKOVSKY (Sputnik) — The VTOL aircraft would be based on the Yak-family jets.

Currently, Russia possesses only one aicraft-carrying cruiser, the Admiral Kuznetsov. Late last month, Vice-Adm. Viktor Bursuk, Russia's deputy navy commander in charge of procurement, said that the Russian Navy is planning the construction of a new aircraft carrier to accompany the Admiral Kuznetsov.