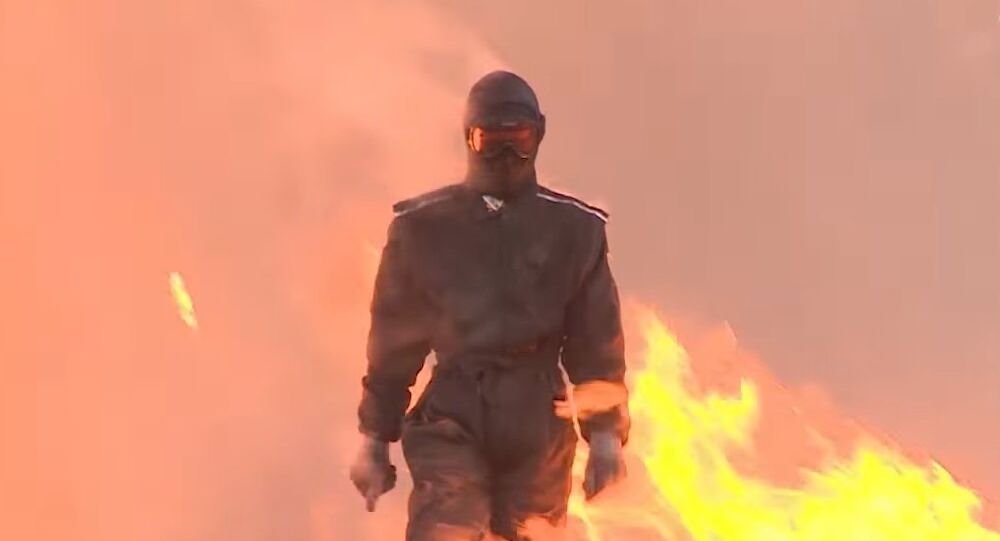 Russia's second-generation Ratnik infantry gear is so sophisticated that even a battlefield with explosions becomes a catwalk for a beautiful young woman wearing it.

Field tests of the Ratnik-2 infantry combat system, which is even capable of withstanding an explosion, have been conducted in Russia.

During the tests, Viktoria Kolesnikova, an employee of TsNIITOCHMASH, the research center in the Moscow Region which develops the Ratnik system, managed to overcome a minefield without being damaged by a number of explosions.

A video showed Ratnik-clad Koliesnikova walking through the minefield and remaining absolutely unfazed by spontaneous blasts.

Earlier this year, TsNIITOCHMASH spokesman Oleg Faustov said that "in a combined-arms configuration, the Ratnik's body armor protects a soldier's chest and back from bullets with a steel core fired at a range of 10 meters from a 7.62mm Dragunov sniper rifle.

As for the Ratnik-2 gear, it adds significantly to the soldier's combat efficiency and survivability, not least because it's lighter: at 20 kilograms, it weighs only half as much as its predecessor.

The Ratnik kit includes a total of ten different advanced subsystems related to small arms and protection, as well as reconnaissance and communication equipment.