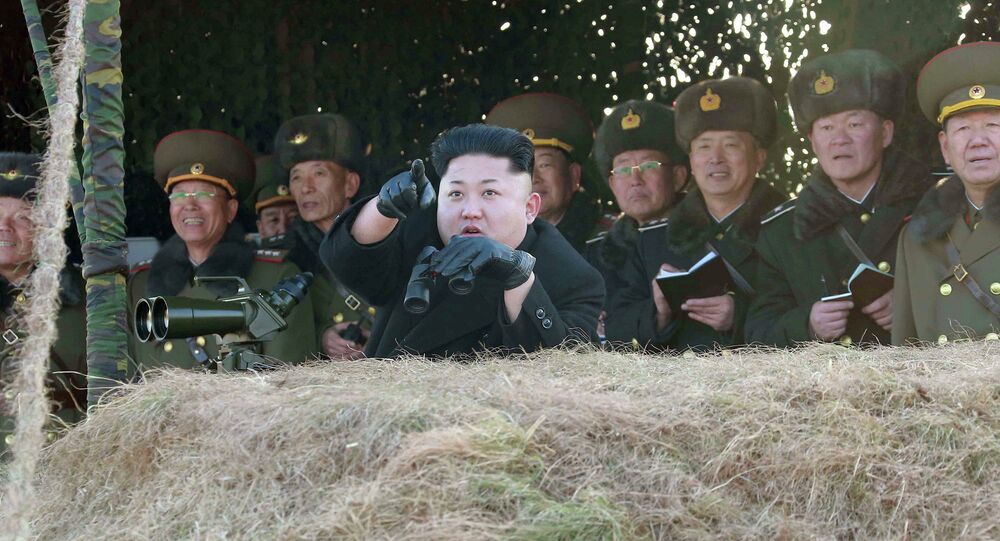 Multiple sources have told NK News that North Korea has been conducting unprecedented mass evacuation and blackout drills in cities and towns along the east coast of the country as tensions between North Korea and the US continue to rise.

North Korean citizens reportedly practiced leaving their homes and blacking out their lights in case of a bombing campaign, the Telegraph reported.

On Saturday, during his visit with South Korea's Defense Minister Song Young-moo in Seoul, US Defense Secretary James Mattis said, "North Korea has accelerated the threat that it poses to its neighbors and the world through its illegal and unnecessary missile and weapons programs," and that US and South Korean military and diplomatic cooperation has taken on "a new urgency," USA Today reported.

Mattis also warned that the US does "not accept a nuclear North Korea" and that "any use of nuclear weapons by the North will be met with a massive military response, effective and overwhelming."

These evacuation drills and Mattis' declaration come in the wake of regular offensive drills by the United States over the last several months, which rehearse both conventional and nuclear attacks against sites in North Korea and against its leadership.

Experts are unsure whether the peculiar North Korean drills are indicative of the country's fear of US retaliation or of wanting to create the image of protecting its citizens.

Retired South Korean General Chun In-bum said that these drills are unlike anything he has ever experienced. "I have never heard of this type of training exercises before in North Korea but [I] am not surprised. They must realize how serious the situation is," Chun said.

Christopher Green, author of the 2016 book "Continuity and Change in North Korean Politics," told the Telegraph that he is divided on "whether genuine security concerns are driving this, or the wish to portray the image of a government that has concerns over security."

Although daily air raid drills also allegedly took place in 1994 when tensions between Washington and Pyongyang increased over North Korea's nuclear power development program, such drills are not common.