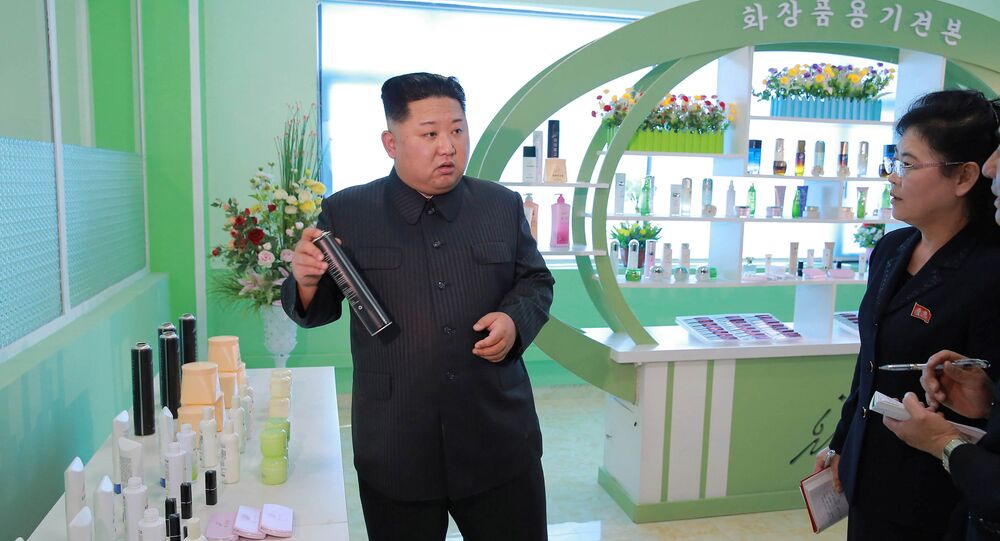 While the standoff between North Korea and the United States is far from being over, the North Korean leader seems to be enjoying his life and goes out accompanied by two women, who had not been seen in public for a long time.

Kim Jong-un had paid a visit to the Pyongyang Cosmetics Factory together with his wife Ri Sol-ju and sister Kim Yo-jong. The pictures taken during the event were published by North Korean media on Sunday.

The move came amid toughening sanctions that have resulted in the lack of foreign luxury goods, including beauty products. However, the North Korean leader doesn't seem to be worried about this fact.

The country has reportedly achieved good results in producing national cosmetics. During his visit to the factory, Kim Jong Un praised its high-quality products, which one could "be proud of in the world," North Korean state news agency KCNA reported earlier.

Her presence "signals that the Kim regime wants the world to see that she's in a more visible powerful position," North Korean analyst Ankit Panda said in an interview with the BBC.