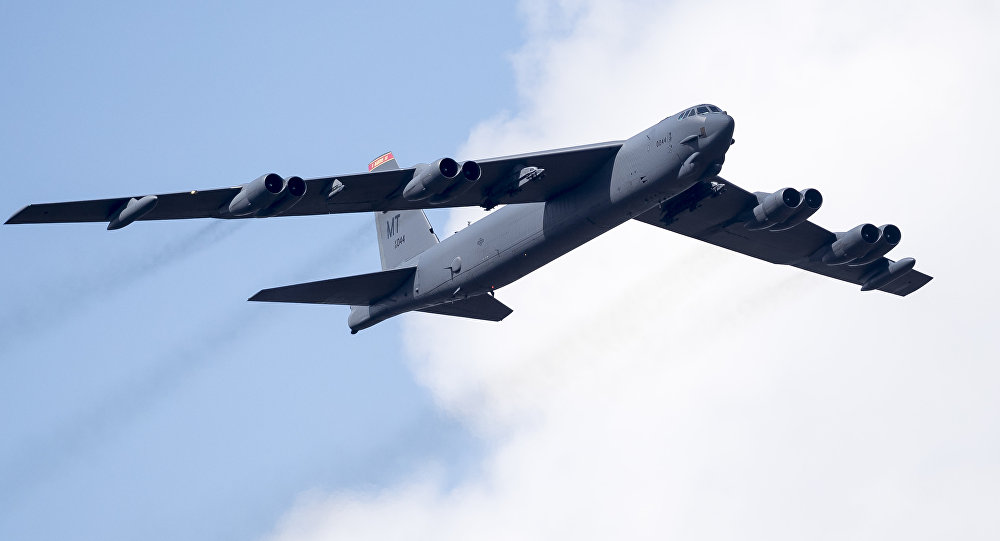 Following a bombshell report late Sunday evening that the US is preparing to put its B-52 nuclear bombers on 24-hour alert, a North Korean editorial blasted US President Donald Trump as a “hooligan” and a “lunatic.”

Defense One first reported that B-52s may soon begin flying round-the-clock to prepare for a doomsday scenario — a posture that hasn’t been ordered since the end of the Cold War. "This is yet one more step in ensuring that we are prepared," Gen. David Goldfein, US Air Force chief of staff, told the news outlet.

“I look at it more as not planning for any specific event, but more the reality of the global situation we find ourselves in,” Goldfein noted.

North Korea did not look at it that way.

“Lunatic Trump is running headlong into ruin, taking America with him, and the poor puppet forces are following him, at the peril of their lives,” a recent KCNA report cited by multiple media organizations reads. South Korea and Japan are generally referred to as US puppet forces by Pyongyang. 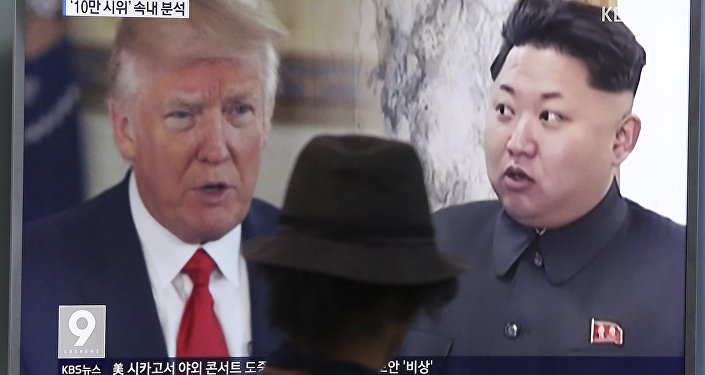 It is important to emphasize that the order to go on 24-hour alerts has not yet been given, something Goldfein stressed, Defense One reports. But the service is gearing up to receive such an order at any moment: renovations are underway in the Barksdale, Louisiana, Air Force Base that is the home base of the 2d Bomb Wing and Air Force Global Strike Command, which oversees the service’s nuclear forces. If the aircraft are to be put on alert, they will once again be positioned at all times on the runway at the base, with crews sleeping nearby.

An October 23 KCNA report chided the South Korean “puppet forces” further, stating that they “always look up to their American master.”

Pyongyang, meanwhile, has been steadily preparing its own arsenal. Yonhap reported South Korean Foreign Minister Kang Kyung-wha as saying over the weekend, “It is true that North Korea is quickly approaching the completion of its nuclear armament.” The diplomat’s statement falls in line with CIA Director Mike Pompeo’s prediction that Pyongyang is merely “months” from commissioning a nuclear weapon that could strike the US mainland.

Russian political analyst Vladimir Terekhov told Sputnik News that Pompeo’s statement wasn’t so much an intelligence assessment as it was political rhetoric. "I don't think anything serious will happen before President Trump's November 8 visit to Beijing," the observer said. "By the way, [Pompeo's] statement itself is a kind of preparation for this visit as an element of pressure against China, since it's clear that the main goal of all this American rhetoric and their actions in the Korean Peninsula are directed not against North Korea itself, but against Washington's main geopolitical adversary – China."

US, South Korean and Japanese defense officials reiterated their call Monday for North Korea to denuclearize and end their ballistic missile testing. According to a joint statement, “The Ministers called on North Korea to abandon its unlawful nuclear and ballistic missile programs in a complete, verifiable, and irreversible manner, to cease additional provocative actions that only increase tensions in the region, and to abide by its international obligations and commitments," the leaders said, speaking in the Philippines.

US Tests PsyOps Bomb For B-52 Stratofortresses

US Deploys Strategic B-52 Bombers in Qatar to Combat Daesh