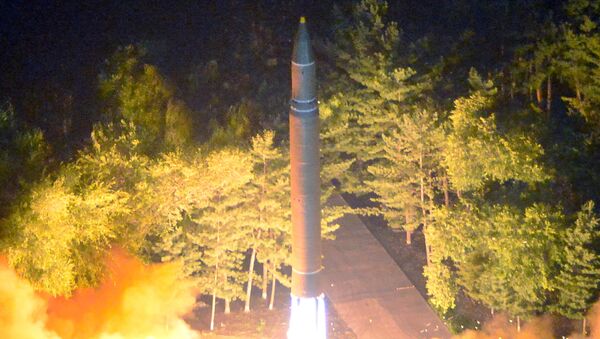 © REUTERS / KCNA
Subscribe
International
India
Africa
North Korea's Foreign Ministry says Pyongyang's nuclear capabilities have come close to reaching a state of equilibrium with the United States. Speaking to Sputnik, Russian observers said that although that may be somewhat of an overstatement, Pyongyang is right to claim that it has the ability to "strike at the United States."

Speaking at a conference on nuclear non-proliferation in Moscow on Friday, Choe Son-hui, director of the North Korean Foreign Ministry's North American Department, said that North Korea was coming close to matching the US nuclear potential.

"Our ultimate goal is to achieve a balance with the United States, so they do not dare talk about any military actions against the DPRK," the diplomat noted. Choe added that nuclear weapons capability is a matter of "life and death" for Pyongyang, and that the country has no plans to negotiate with Washington on its nuclear status.

North Korea Extends Global Olive Branch With Diplomatic Letter, Recipients Blase
"The current situation strengthens us in our understanding that we need nuclear weapons in order to repel a possible attack," she stressed, adding that North Korea lives under the "constant nuclear threat from the US." At the same time, the US is the only country being actively targeted by North Korea's nuclear capabilities, the diplomat said.

Commenting on Cho's remarks, Evgeny Kim, a senior researcher at the Russian Academy of Sciences' Center for Korean Studies, told Sputnik that while Pyongyang may be exaggerating with its claim that it is close to reaching parity with US military strength, it can deal the superpower serious damage in the event of war.

"Of course, there is some exaggeration here, because North Korea cannot achieve parity with the US in nuclear-armed missile technology, not now or in the next decade," Kim said. "First, they do not have the kind of delivery means that the US does…Second, they do not have as many nuclear warheads as the US. North Korea has tested nuclear warheads, but isn't mass producing them. They will probably be able to start mass production sometime in the next two or three years."

"But they are correct in the sense that they have capabilities that could cause some damage to US military power," Kim added. "For example, the USS Ronald Reagan-led carrier group is located in the Sea of Japan. North Korea could, using all the capabilities of its missile technology, destroy this carrier. In this sense, Pyongyang is right to say that they are capable of inflicting a blow against the United States." 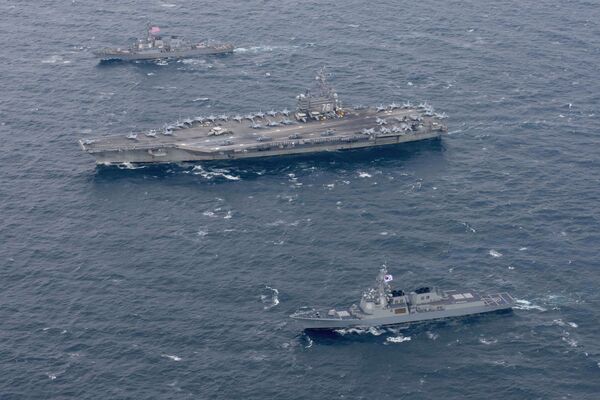 The Navy's forward-deployed aircraft carrier USS Ronald Reagan and the forward-deployed Arleigh Burke-class destroyer USS Stethem steam alongside ships from the Republic of Korea Navy in the waters east of the Korean Peninsula on October 18, 2017
© REUTERS / Courtesy Kenneth Abbate/U.S. Navy

The confrontation between Pyongyang and Washington intensified again this week amid joint US-South Korean drills east of the Korean peninsula. Forty US and South Korean warships, including the USS Ronald Reagan supercarrier, along with US Air Force B1-B strategic bombers, were deployed across an area stretching from the Yellow Sea to the Sea of Japan.

Pyongyang ‘Months’ From Fielding Nuke That Could Strike US – CIA Director
This week, CIA Director Mike Pompeo 'joked' about North Korean leader Kim Jong-un's possible death or disappearance, and added that Washington must be prepared for the possibility that North Korea is just some "months" away from achieving the technical capabilities to launch a nuclear attack against US territory.

"We all want to resolve this," the CIA chief said, but added that Washington was prepared to use force, if necessary, to ensure that Pyongyang "doesn't have the capacity to hold America at risk." 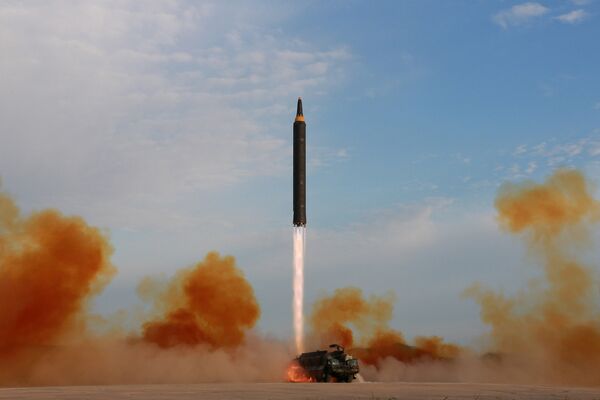 Asked to comment on what Pompeo's cryptic comments may mean, and whether Moscow and Beijing should see them as an indication of an imminent US attack against Pyongyang, political analyst and Asia-Pacific expert Vladimir Terekhov said that the US rhetoric is part of Washington's strategy to apply pressure against China.

"I don't think anything serious will happen before President Trump's November 8 visit to Beijing," the observer said. "But the way, [Pompeo's] statement itself is a kind of preparation for this visit as an element of pressure against China. Since it's clear that the main goal of all this American rhetoric, and their actions in the Korean peninsula are directed not against North Korea itself, but against Washington's main geopolitical adversary – China."

Asia
N Korea Plans to Pacify US, Vows to Respond to Fire With Fire - Foreign Ministry
Terekhov warned however that it is impossible to exclude more a pessimistic scenario, in which the United States might seek to resort to the use of force against Pyongyang. "It's entirely possible in a situation where things worsen and no progress is made, from the American point of view, in solving the Korean issue, they will resort to the force of arms. Nothing can be excluded," he stressed.

Russia and China have recommended that Pyongyang declare a moratorium on new nuclear tests and missile launches, and that Seoul and Washington should refrain from any more drills in the region. Both sides have so far ignored the recommendations and continued to exchange hostile rhetoric.

At his Valdai speech earlier this week, Russian President Vladimir Putin warned the international community against driving Pyongyang into a corner, emphasizing that North Korea is a sovereign state and that "any contradictions must be resolved in a civilized manner."