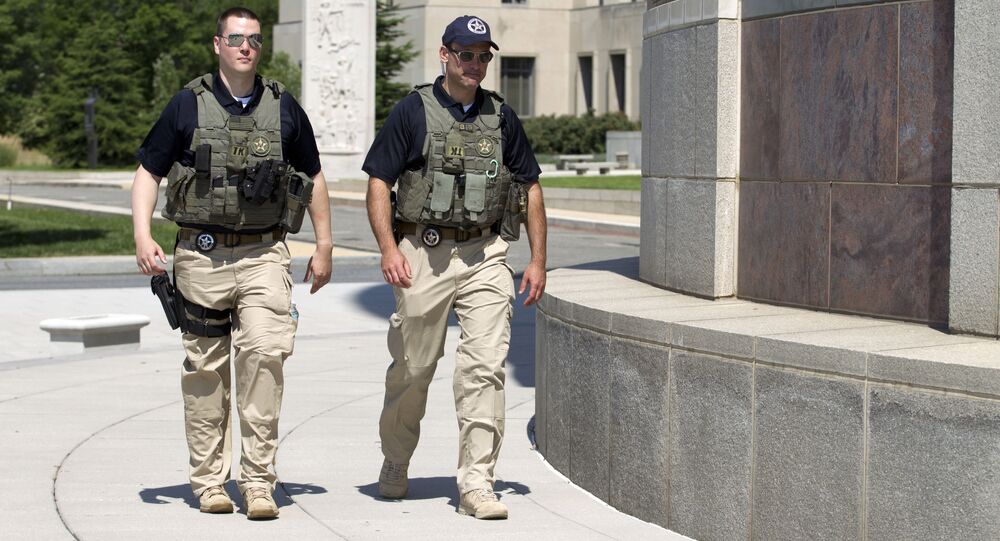 In the ongoing trial of Ahmed Abu Khatallah, the man accused of orchestrating the controversial September 11, 2012 Benghazi attack, an anonymous CIA agent has given jurors a candid account of the murderous terror unleashed that fateful day. Despite his vivid testimony, serious question marks continue to hover over the incident.

On October 10, a CIA operative told a jury about the terror he experienced in 2012, when militants attacked the US diplomatic compound in Benghazi, Libya, and described how he recovered the body of US Ambassador Christopher Stevens.

War on Terror: Is Benghazi's Liberation Libya's Mosul Moment?
The operative, who testified in what the judge described as "light disguise" under the pseudonym Alexander Charles, was the latest witness to appear in the trial of Ahmed Abu Khatallah, accused of orchestrating the 2012 September strike that killed Stevens and three other Americans.

Charles said "all hell broke loose" shortly after he arrived at the CIA annex in Benghazi, which came under mortar fire, killing CIA contract protective officers Glen Doherty and Tyrone Woods, and gravely injuring two other inhabitants. He believed it would be his "last night on Earth," and feared being "buried alive."

"You could feel the whole ground shaking. Big blocks of cement [were] falling," Charles said.

He went on to describe how he assisted in placing Doherty and Woods' bodies onto a truck waiting outside the annex, and working to save State Department staffer David Ubben, whose leg was nearly blown off. As he spoke Arabic, Charles was able to recover another American's body, after he by "divine intervention" overheard a Libyan security official standing nearby ask "should we tell him about the dead American in the hospital?"

Around 15 minutes later, a body was delivered via an ambulance in a body bag. The anonymous agent unzipped the bag, looked down and saw the ambassador's face.

There have been seven official investigations into the Benghazi attack — more than there have been into any other US political scandal in history. Then-Secretary of State Hillary Clinton said all inquiries concluded "nobody did anything wrong," although that's not entirely accurate.

One report, issued by an independent accountability board, found "systemic failures and leadership and management deficiencies at senior levels."

In particular, the report said the "perimeter and interior security" at the temporary diplomatic facility was inadequate and its security equipment was "severely under-resourced." Four State Department employees were placed on administrative leave after its release, and subsequently reassigned.

​The subsequent Senate Homeland Security and Governmental Affairs Committee's report was also critical of the lack of security at the US temporary diplomatic facility in Benghazi.

The Senate report said that State Department officials ignored "increasingly dangerous threat assessments" indicating the Benghazi facility was "particularly vulnerable," citing classified intelligence reports and well-publicized "attacks and other incidents targeting western interests in Libya" prior to the attack on the US facility.

© REUTERS / Esam Al-Fetori
An interior view of the US consulate, which was attacked and set on fire by gunmen, in Benghazi, in this September 12, 2012.

It said the State Department should have increased security or "closed or temporarily shut down" its facility in Benghazi, calling the decision to leave the facility open "a grievous mistake."

In 2015, a Defense Intelligence report obtained by Judicial Watch, an independent watchdog group, uncovered surprising facts about the 2012 Benghazi attack. For instance, despite claims from the Obama administration, senior officials had closely monitored the shipment of weapons to Syria through Libya — arms which could have directly aided in the attack.

In 2014, Ahmed Abu Khatallah was captured in Libya by a team of US military and FBI officials, and taken to the US aboard a Navy vessel.

He faces a number of charges, including murder and providing material support to terrorists. Prosecutors say he helped organize the attacks, though he did not physically participate himself. He has pleaded not guilty.

Since the trial began October 3, jurors have heard extensive testimony from State Department and CIA officials, offering a detailed behind-the-scenes look at the night's bloody events.

For instance, a Bureau of Diplomatic Security agent spoke of how he tried to save Stevens and State Department staffer Sean Smith as they crawled on their bellies through thick black smoke.

Initially, then-President Barack Obama's administration blamed the attacks on a "spontaneous protest" over the Islamophobic film Innocence of Muslims, before it was determined the strike was a premeditated terrorist attack.