Ex-deputy CIA Director Michael Morell who has presented himself as non-partisan, endorsed Hillary Clinton after he had been caught covering up the Benghazi attacks saying that they were the result of a spontaneous protest in response to an anti-Islamic video rather than a terrorist attack that the Obama administration should have been prepared for.

© AFP 2019 / DON EMMERT
Clinton ‘Testified Falsely’ Under Oath on Classified Emails - US House Judiciary Chair
In his op-ed released on Friday, ex-deputy CIA chief, who was said to have voted for Republicans in the past, expressed strong support for Clinton. While trying to express his loyalty to Democrats in his statement, he called the Republican candidacy of Donald J. Trump “not only unqualified for the job, but he may well pose a threat to our national security” and claimed that Trump was an “unwitting” agent of Russian President Vladimir Putin.

However, a recent media investigation revealed that he worked with Clinton when she served at the State Department and played a critical role in the Benghazi cover-up.

Morell lied about his role in preparation of notorious CIA talking points for US Ambassador Susan Rice’s address to Sunday morning talk shows in the wake of the Benghazi attack that left four US citizens, including Ambassador Chris Stevens, dead while the survivors languished against a brutal band of terrorists for thirteen hours without any aide from the State Department or Pentagon. 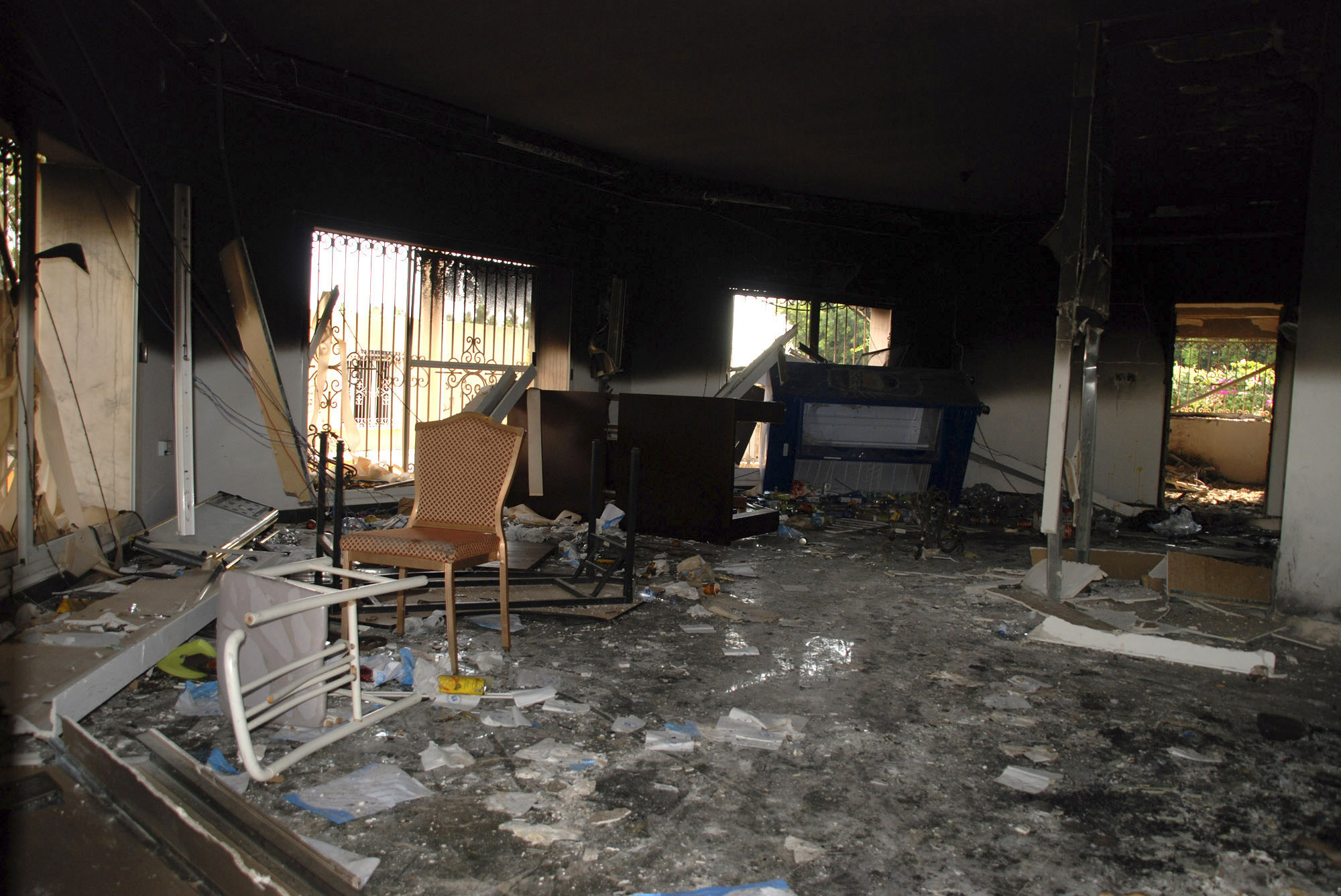 © AP Photo / Ibrahim Alaguri, File
In this Sept. 12, 2012 file photo, glass, debris and overturned furniture are strewn inside a room in the gutted U.S. consulate in Benghazi, Libya, after an attack that killed four Americans, including Ambassador Chris Stevens

Rice blamed the attacks on a YouTube video that alleged triggered a spontaneous protest in Libya. After that Congress pressed her to provide sources from which she determined that the incident was traced to the anti-Islamic video. In the process, it was revealed that her talking points had been prepared by a joint team of intelligence services, the White House and Hillary Clinton’s staffers. It was also revealed that in the blueprint of the talking points al Qaeda had initially been mentioned before Morrell scrubbed reference to the terrorist group for presumably political purposes.

© Sputnik / Alexei Druzhinin
Gaddafi Loyalists Saved Americans in Benghazi Attack - US Committee Report
In an interview with the New York Post, Sen. Lindsay Graham revealed that Morell tried to conceal that he was the person who was behind the editions of the Rice talking points spoken before Congress and the media. The Deputy CIA chief shuffled the blame onto the FBI in an attempt to pass the buck and in hopes of emerging from the incident unscathed politically.

“So I called the FBI,” Graham recalls.  “They said, no, they didn’t change the talking points. They were furious.”

“At 4 p.m. that day, the CIA called me and said Morell ‘misspoke’ in his meeting with me, and that the CIA deleted [the reference to al Qaeda], but they couldn’t give a reason why.”

© AFP 2019 / Nicholas KAMM
Hillary's 'Dream Team': Prominent US War Hawks Join Anti-Trump Brigade
In the aftermath, Morell testified before the Benghazi Select Committee to give an answer of why had eliminated all the mentions about al Qaeda.  He ended up stating that he did it because the media said the protests in Libya had been sparked by a video, although he had information from intelligence sources that was contrary to his claims.

According to the Frontpage, the CIA Chief of Station in Tripoli reported to the CIA brass bulletin about the situation on the ground in Libya the day after the attack and clearly indicated that a video was not a reason for the attack.

Graham gave an unvarnished explanation for what prompted Morell to ‘correct’ the talking points: “If the truth had been known that al Qaeda killed four Americans seven weeks before an election, it would have been a different political story.”