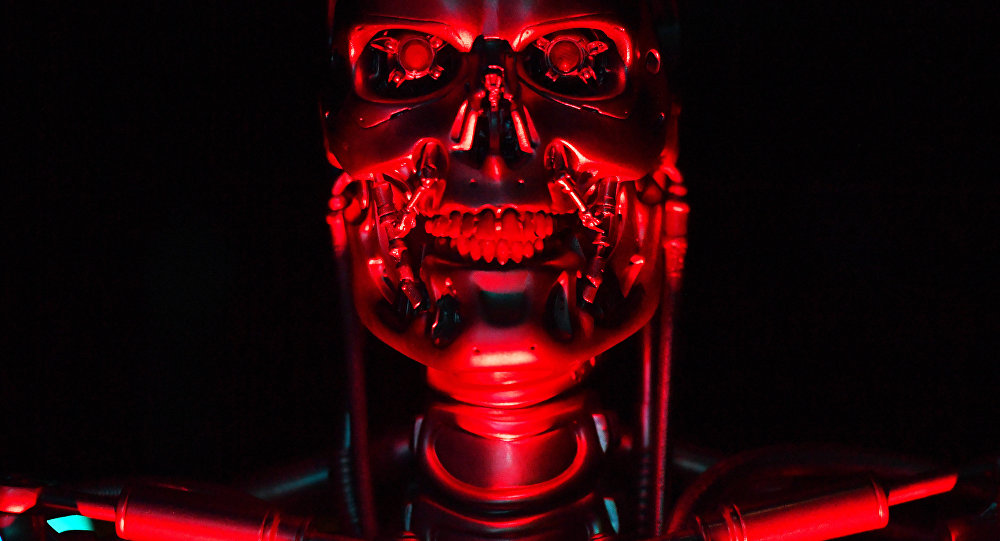 A former British defense chief has said it is almost inevitable that "killer robots" will be deployed for military purposes and international bans will not work. Sputnik spoke to an electronics expert who agrees, and says NATO would be "naive" not to begin preparing for robot wars.

Earlier in August, Tesla CEO Elon Musk and 115 other top business leaders called for a ban on "killer robots."

"We do not have long to act. Once this Pandora's box is opened, it will be hard to close," said Musk.

But in a newspaper interview on Sunday, August 27, General Sir Richard Barrons, a retired British army officer, said other countries around the world may not have the same scruples as Britain.

"If you ask the Ministry of Defense here, they will say as a matter of policy we are not going to do autonomous capability. There will always be a man in the loop. But if you ask other people around the world, they don't have the same value struggle," said Sir Richard, who led the UK's Joint Forces Command until last year.

David Stupples from City University of London is a professor of electronics and radio systems, and he said he agreed with much of what General Barrons said, and felt Britain must act now if it was not to lose out.

"Reading what the artificial intelligence experts are saying, I feel it is sort of naive, because we can't stop technology moving on. If AI robots are going to be developed they will be developed by nations which won't have the same scruples," Professor Stupples told Sputnik.

In August, deputy CEO of Kalashnikov's Zala Aero Group, Konstantin Abashkin, said the company had developed an electronic non-lethal weapon REX 1 which can shoot down drones.

That announcement came a few weeks after Kalashnikov unveiled plans for a "fully automated combat module," which would be armed with a machine gun and would be able to identify targets and use its own initiative.

How many times will you be seeing "Terminator 2: Judgment Day 3D" in the theaters? #CelebrateT2 pic.twitter.com/LP4zQGuJGY

Several Hollywood films, including Transformers and War of the Worlds, have depicted mankind battling killer machines but the most chilling vision of a dystopian future comes in The Terminator.

The plot of the film envisages a future — set in 2029 — where Skynet, an advanced artificial intelligence network, has gained self-consciousness and decided to usurp its human masters and take over the world.

​It ends up fighting a resistence movement, who are led by John Connor, and a cyborg is sent into the past — 1984 — to liquidate Connor's mother Sarah.

Professor Stupples said he understood the dystopian fears which were engendered by talk of autonomous weapons systems.

"I'm not a great cinemagoer, but I've seen one or two of these films and some of the writers of the science fiction which brought about films like that had far-reaching insight into the weapons systems that were coming," he told Sputnik.

​"In the Star Wars film Attack of the Clones, we see a robot army, and I can see that coming about, perhaps not in the next 10, 15, 20 years, because nations have got the desire not to keep killing their soldiers in rather dangerous missions, so they will use robots to do that," Professor Stupples told Sputnik.

Head of the @UN encourages all member states to deal with the troubling trend of autonomy in weapons systems https://t.co/dLbn2mAk5s #CCWUN pic.twitter.com/yKFs0S08Xn

"This is bound to come and because militaries will be following the civil sector, this technology is likely to be cheaper than the stuff they have now, and therefore, more affordable and effective," Sir Richard said, adding that he believed robots would be used at first to replace human sentries when it comes to guarding bases.

Professor Stupples said another key element in planning for the future was to consider cyberwarfare and it raised the possibility a robot army could be either "nullified" or put out of action or even "hijacked" and make it switch sides. 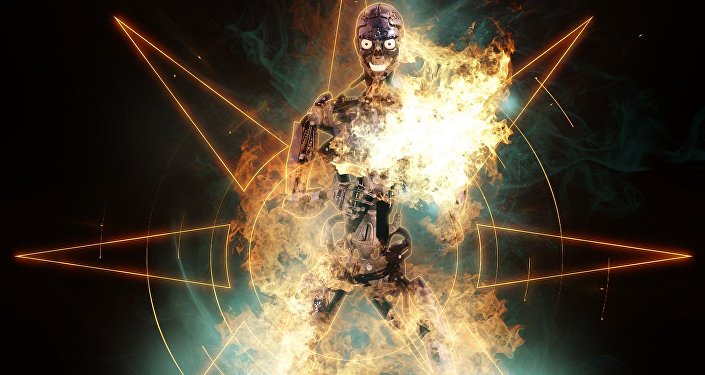 "It would be very difficult to do, but of course it's not impossible, and that's the thing we should be wary of," Professor Stupples told Sputnik.

He said cyberwarfare was increasingly being deployed.

In 2007 Israeli jets bombed a facility at Deir ez-Zor in eastern Syria, which they claimed was a nuclear reactor under construction.

"How did the Israeli planes fly across Syria without being shot down by quite sophisticated Russian air-defense systems? Well it was reported that the Israelis had made up a radar picture of the skies over Syria with no planes flying in it, then hacked into the Syrian air defense system and incorporated this recording, so consequently what they were seeing on their radar screens was a clear night when the Israelis were actually flying across Syria to attack the nuclear facility," Professor Stupples concluded.