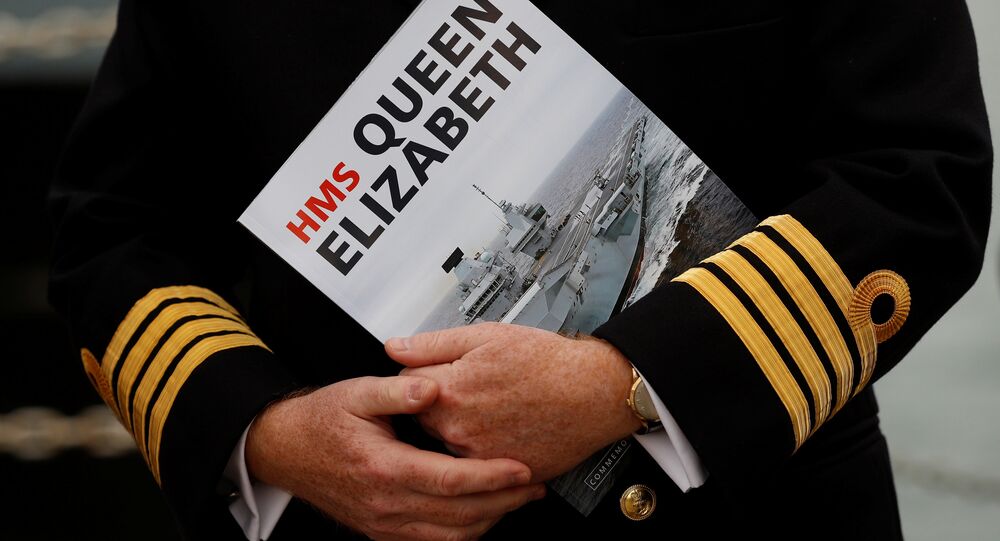 Britain's most powerful ship ever, HMS Queen Elizabeth, has arrived in her home port of Portsmouth. But it is expected to be at least 18 months before the ship is ready to launch planes from her deck.

Britain has been without aircraft carrier coverage for six years after David Cameron's government decided in 2011 to take HMS Ark Royal and its Harrier Jump Jets out of action while the Queen Elizabeth was still being built.

The £3 billion (US$3.8 billion) ship arrived in Portsmouth harbor at 7am on Wednesday, August 16.

"It sends the right signals to our allies and indeed potentially to our enemies that we mean business," said the ship's commander, Captain Jerry Kyd.

"The armed forces are fundamentally an insurance policy for the country and you can't just, at the flick of a switch, decide that you need these capabilities," he added.

Flight trials from HMS Queen Elizabeth's deck are on track to begin next year. The UK already has 11 F-35B jets. https://t.co/J4inB7JL6i pic.twitter.com/pPcsRHBNjB

The port, on the south coast of England, has been a naval stronghold for centuries and Pompey — as it is known by locals — was the base for Admiral Nelson, when he defeated the French and Spanish fleets at the battle of Trafalgar in 1805.

Hundreds of spectators gathered to watch the ship arrive and a no-fly zone was put in place to prevent the flying of drones in the area.

Falling in ready to greet our home port of #Portsmouth. #CarrierHome pic.twitter.com/HDkfmHezk8

The 71,650-ton carrier is the biggest warship ever to be built in Britain, and has been undergoing sea trials since setting sail from Scotland's Rosyth dockyard in June. Because it is so huge the harbor at Portsmouth had to be dredged and more than 20,000 items were hauled up off the sea bed, including a number of wartime mines and a human skull.

© REUTERS / Peter Nicholls
Security Breach! Drone Lands on Biggest UK Warship, Snaps Photo Undetected (VIDEO)
The Ministry of Defense said specialist dredging vessels had removed 3.2 million cubic meters of sediment — enough to fill 1,280 Olympic swimming pools — in order to ensure the carrier did not run aground on its way to the naval base at Whale Island. The 280 meter long carrier, which has a crew of 700, cannot deploy planes and flying trials are due to begin next year.

Earlier in August, HMS Queen Elizabeth met up with the USS George H.W. Bush off the coast of Scotland. Around 60 Royal Navy sailors and Royal Marines were on board the US carrier, where they have been undergoing training.

F-35B Lightning fighter jets are due to make their first trial flights from the carrier's deck next year with 120 aircrew currently training in the US.

In 1997, Tony Blair's Labour government published a report that concluded there was an urgent need for Britain to regain its aircraft carrier capabilities, lacking since 1966.

But the UK naval budget was significantly squeezed during the "War on Terror" and it took until 2007 for a contract for the vessels to even be announced, and another year for it to be awarded. Uncertainty continued to mire the project for many years afterwards, with spiraling costs.

"HMS Queen Elizabeth will be the Royal Navy's flagship for the next 50 years, keeping us safe by deploying across the seven seas, using her strike power to deter our enemies," he said.