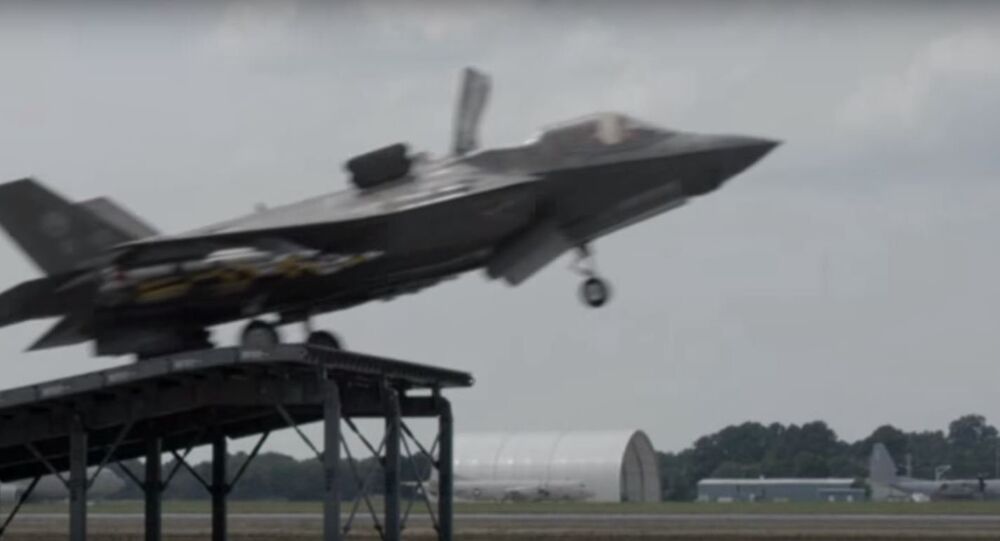 Defense contractors and military officials are continuing to refine the “ski-jump” takeoff system ahead of the F-35B’s deployment on HMS Queen Elizabeth, the UK’s largest-ever warship.

The F-35B’s short-takeoff and vertical lift capability means that it could take off from carriers without the ski-jump. The ski-jump, though, allows the aircraft to enter the sky with a carrying greater weapons payload to strike more targets and more engine fuel to sustain longer operations.

The above video shows an F-35B armed with a full set of anti-air and anti-ground weapons take-off from a ski ramp for the first time ever, IHS Jane’s reported on Sunday. The trial flight took place in early August at Naval Air Station Patuxent River in Maryland.

The ski-jump launch system will be used on the HMS Queen Elizabeth, the HMS Prince of Wales (currently under construction) and perhaps aboard Italian carriers for F-35-specific operations, the Jane’s report added. The Queen Elizabeth is slated to arrive back at Her Majesty’s Naval Base Portsmouth as soon as this week after undergoing sea trials.