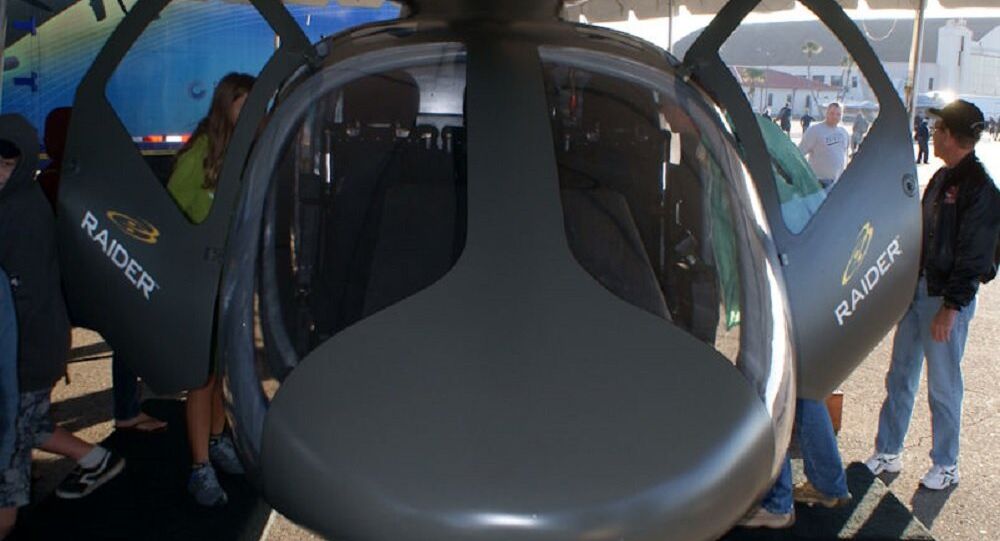 The US high-speed reconnaissance helicopter S-97 Raider of Sikorsky Aircraft made a hard landing during a recent test flight. The development of the fifth generation helicopter has been ongoing since 2008 and has cost over $200 million. Is the cost and effort justified in this far from perfect new aviation project?

The timing of the release of the S-97 keeps getting postponed and it is not clear when it will be finally put into production. But one thing is clear: the recent test flight has pushed the production date further away.

During the test flight at a Florida airfield, Sikorsky Aircraft's multipurpose high-speed reconnaissance helicopter S-97 Raider began to drastically lose altitude and performed a hard landing. At the time of the accident the chassis of the helicopter were closed.

The pilots allegedly did not suffer any injuries, however so far there is no information about the helicopter's damage and the reasons for the accident.

At the initial stages of its development, representatives of Sikorsky Aircraft stated that the S-97 with two pilots and six passengers on board would be able to reach a cruising speed of 426 kph and a maximum range of 1300 km.

The company began assembling the prototype in 2012 and planned to complete the work in mid-2013 with flight tests scheduled for 2014.

However, the first flight of the prototype of the US high-speed helicopter took place one year later than it was scheduled and the ambitious plans of the engineers did not get realized because during the first test flight the S-97 was able to develop a cruising speed of just 407 kph.

The S-97 Raider is by far not the first expensive development that US creators of military equipment cannot bring to realization.

The most expensive US combat system was the fifth-generation F-35 fighter-bomber. The program for its creation was estimated at $1.5 trillion. Despite the astronomical costs, the plane continues to reveal a number of issues.

© Photo : Lockheed Martin
Lockheed Martin Wins Billions to Manufacture F-35 Jets for Foreign Customers
In September 2016, the fighter-bomber caught fire during the launch of an engine at the US Air Force Base Mountain Home in Idaho. After that incident, the US Air Force was forced to temporarily suspend flights of 10 of its bombers.

Another expensive US military investment was the heavy F-22 fighter. The plane became the world’s first serial fifth-generation fighter, however US military pilots are still wary of flying it.

From 2008 to 2016, at least 25 cases of the oxygen system failure in the F-22 were recorded. In 2015, F-22 flights were suspended for five months, but the reason for this failure remains unknown to the public.

Military expert Alexei Leonkov in an interview with RT said that in the pursuit of the title of leader in the list of countries capable of creating revolutionary developments, the United States is increasingly showing the world its unfinished technology.

“Recently, it has become a sort of tendency for new developments in the US military aviation industry that expensive samples after being released into the series, turn out to be unfinished and have to be modified. They project wishful thinking, creating a lot of hype and PR around it. But in fact, it turns out that the claimed technological breakthrough does not happen,” Leonkov said.

According to Leonkov, the cause of these issues with new military developments lies in the human factor.

In the 60s, 70s and 80s corporations of the US military-industrial complex employed highly qualified specialists but since then this industry has faced a shortage of good specialists.

Military expert Yuriy Kotenok also expressed a similar point of view. He believes that in order to create a truly revolutionary technology today highly qualified specialists in the military-industrial complex who can finish the product are necessary.

“Thanks to the Russian genius of the Sikorsky helicopter industry, the US, of course, got some head start in helicopter construction. This played a cruel joke on them. They got relaxed and now they face a lot of problems both during tests and when machines are put into mass production,” the expert said in an interview with RT.