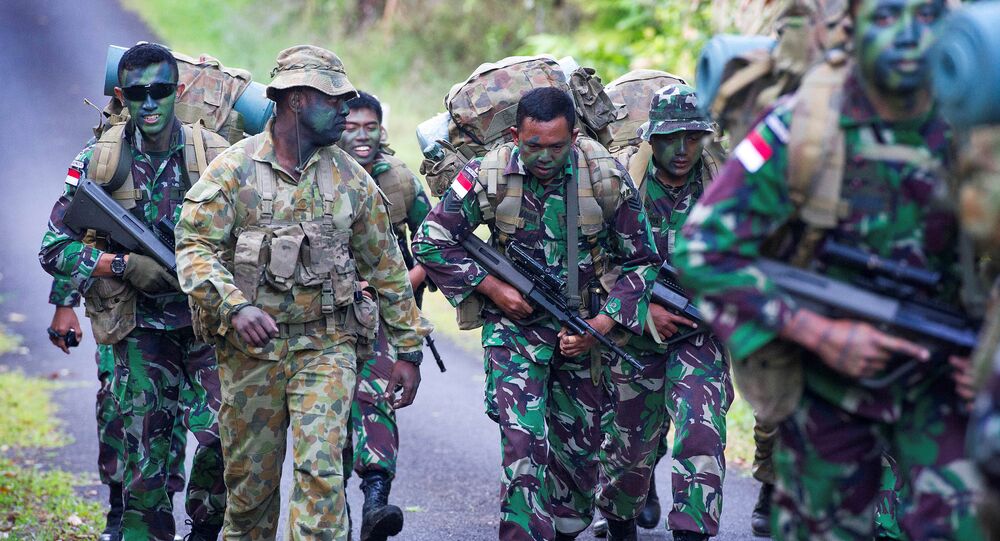 The Australian armed forces have launched a campaign to boost diversity within their ranks. The push for greater military inclusion is not isolated to Australia, but does come at a time when the US has shut the door on transgender troops serving.

​The effort is part of the government's commitment to ensuring the armed forces "reflect the Australian community" they seek to protect, and desire to strengthen capabilities and operational effectiveness.

Under Lieutenant-General David Morrison, the Australian Defense Forces have pushed for greater diversity of cultural backgrounds, gender and sexuality since 2012.

That year, the ADF published a document — Diversity and Inclusion Strategy 2012-2017 — that prioritized recruitment of women, Aboriginals, LGBTI persons and generally people from culturally and linguistically diverse backgrounds.

Australia's military has long been comparatively inclusive and liberal — its national ban on homosexual soldiers serving was lifted in 1992, ahead of close allies New Zealand (1993), the UK (2000) and US (2011). Canada also jettisoned its ban that same year.

Moreover, in 2002, the ADF established a dedicated organization for LGBTI personnel and their families, DEFGLIS. Australia's air force, army and navy are all listed as LGBTI-inclusive workplaces by online platform LGBTI-Inclusive Employers, while the Defense Department was acknowledged by the Australian Human Resources Institute's Inclusion and Diversity Awards in 2014.

The renewed push is in stark contrast with developments in the US, where President Donald Trump has banned transgender troops from serving.

The decision is said to have "blindsided" many in the Pentagon, and is perceived by some as a significant reversal of former President Barack Obama's progressive repeal of "Don't Ask, Don't Tell" — a policy instituted by Bill Clinton's administration in 1994, which banned harassment on the basis of sexual orientation in the armed forces, while also precluding openly gay soldiers from serving.

Nonetheless, Australia's move has already proven controversial in some quarters. Mark Latham, former Labour Party leader, wrote a scathing column for a local publication, in which he attributed the drive to "leftist social engineers" attempting to impose their values and priorities on the military.

Wrong for taxpayer to be funding $$$ hormone and gender change operations in Aust and US military, when a private matter. Trump fixed that.

​He alleged ongoing diversification efforts have reduced the ADF to a "welfare organization" obsessed with the "challenges of gender fluidity" — and soldiers are now recruited not on the basis of their fighting ability but their skin color, gender, or sexuality, resulting in a "loss of military capability."

"[The ADF gives] special advantages to so-called minorities. In terms of morale, the fastest way of deflating our troops is to place them under the command of someone selected solely for diversity reasons — a token appointment not up to the job. It's obsessed with politically correct levels of workplace diversity. The net result is to needlessly put Australian lives at risk by weakening our defense capability," Latham said.

She has said the ADF training system must be adapted to accommodate different learners, learning styles and timelines for learning, which Latham perceives to amount to "watering down" pilot training and entry requirements expressly to accept more women, including the introduction of gender quotas, modifying jet designs and discriminating in favor of female trainees by reducing "the physical requirements of repeated dog-fighting at high G-force."

Latham went on to praise Trump's "hearteningly different" approach, which "understands" certain jobs are suited to "certain types of people" and eschews "the fad" of imposing "diversity and inclusion" in all workplaces.