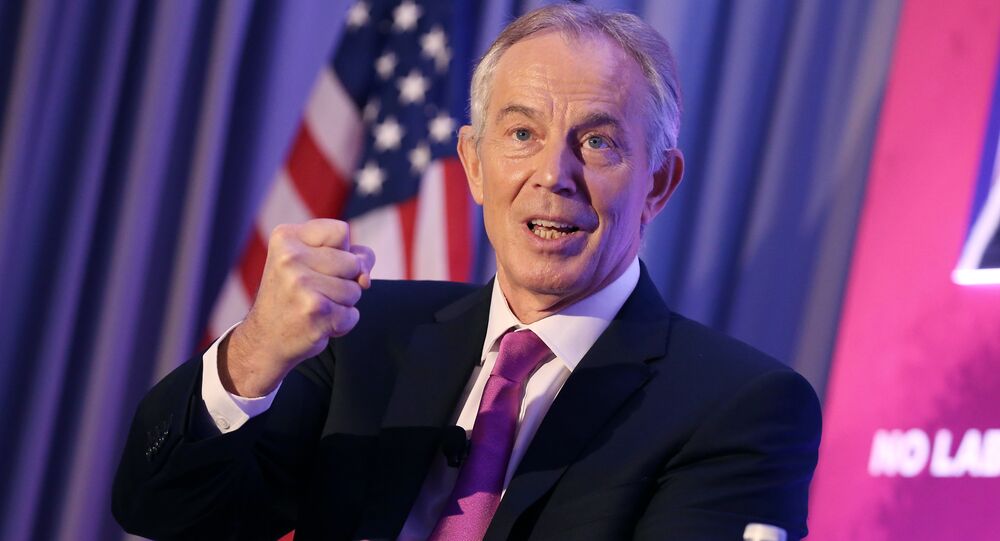 The most senior judge in the UK will hear arguments for overturning a ban on prosecuting Tony Blair over the Iraq war, it has been revealed. If successful, the former prime minister – and ministers in his government – could well be put on trial for waging a war of aggression.

Lord Chief Justice Thomas of Cwmgiedd and Justice Duncan Ouseley will review the November 2016 decision Wednesday, July 5. The ruling stated Blair was immune from prosecution, as any case against him could involve details covered under the draconian Official Secrets Act being disclosed.

The private prosecution was brought by Abdul-Wahid Shannan ar-Ribat, exiled former Chief of Staff of the Iraqi army, backed by Michael Mansfield QC and Imran Khan, famous for his pivotal role in the Stephen Lawrence case.

It charged the conflict was a war of aggression, and called for a summons to be issued against Blair, Jack Straw and Lord Goldsmith, Foreign Secretary and Attorney General in 2003 respectively.

However, this stance was directly undermined by Goldsmith himself — in a memo on the legality of the war dispatched a fortnight before the invasion, Goldsmith acknowledged wars of aggression were a crime "under customary international law" which "automatically" forms part of domestic law in every country in the world.

© AFP 2021 / Nicholas Asfouri
Opponents of the US-led war on Iraq demonstrate en masse in central London 15 February 2003 as tens of thousands of anti-war demonstrators around the world took the streets.

While the action is private, crimes against peace can be prosecuted in International Criminal Court. The Rome Statute, which came into force in 2002 and established the ICC, determines (Article 5.2) the Court exercises jurisdiction over such offenses.

​The notorious Downing Street memo, a record of a meeting in July 2002, perhaps inarguably demonstrated Blair and others knew the decision to invade Iraq had been made long before its justification was determined.

In it, Sir Richard Dearlove, then-Director of MI6, told Blair and others that in Washington, "military action was now seen as inevitable."

​Straw added the case for the war was "thin."

"Saddam is not threatening his neighbors, and his WMD capability is less than that of Libya, North Korea or Iran. We should work up a plan for an ultimatum to Saddam to allow back in the UN weapons inspectors. This would also help with the legal justification for the use of force," the then-Foreign Secretary said.

Lord Goldsmith said there were only three "possible legal bases" for launching a war — self-defense, humanitarian intervention, or via United Nations Security Council authorization — and the first and second "couldn't be the base in this case."

© REUTERS / Gary Hershorn
US President George W. Bush (R) and British Prime Minister Tony Blair attend a news conference in the East Room of the White House in Washington November 12, 2004.
The Charter of the United Nations spells out the conditions that must apply if a war is to have legal justification.

"The parties to any dispute, the continuance of which is likely to endanger the maintenance of international peace and security, shall, first of all, seek a solution by negotiation, enquiry, mediation, conciliation, arbitration, judicial settlement, resort to regional agencies or arrangements, or other peaceful means of their own choice," it states.

© REUTERS / Peter Nicholls
The War on Iraq in 2003 Was and Will Always Be a Crime
Neither the US or UK sought peaceful means of resolving their dispute with Saddam Hussein's Iraq. At one point, his government offered to let UN weapons inspectors review their stockpiles, but the US State Department announced that it would "go into thwart mode" to prevent this from happening.

Blair, Goldsmith and Straw will not appear in court — although they may well be preparing their defenses in any event. According to a detailed investigation conducted by an independent commission established by the government of the Netherlands, the invasion was a clear breach of international law.

The commission found UN resolution 1441 "cannot reasonably be interpreted" as authorizing member states to use military force to compel Iraq to comply with the Security Council's resolutions.

Before Prosecuting Iraq War Criminals, US Must Deal With Afghan War Crime