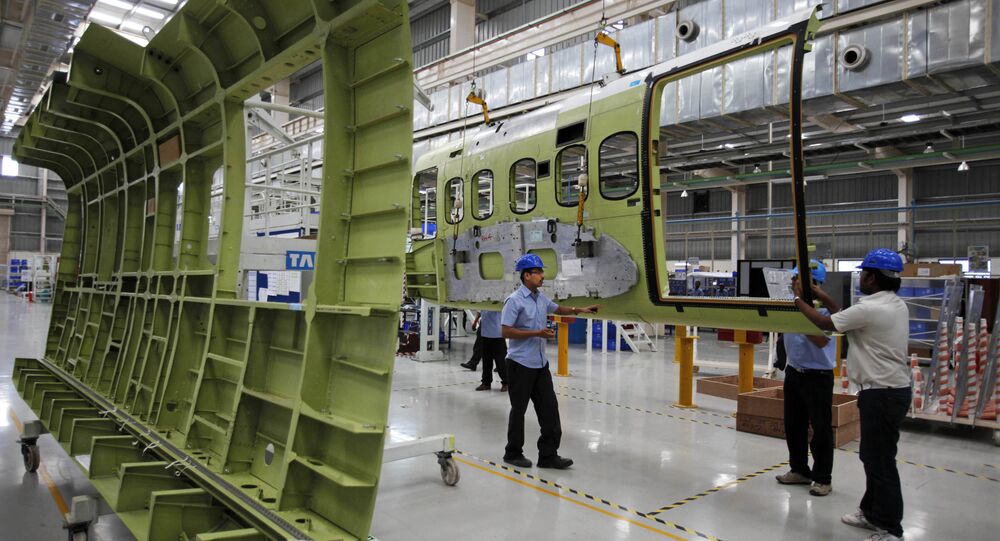 A few days ahead of Prime Minister Narendra Modi's visit to the US, the Indian defense ministry has scrapped a naval multi-role helicopter deal with US firm Sikorsky after failing to reach an agreement on price since 2014.

NEW DELHI (Sputnik) — The decision was taken after the cost negotiation committee recommended retraction of the tender for 16 multi-role helicopters. The Indian Navy had initiated the procurement of multi-role helicopters for its warships capable of anti-submarine warfare in 2009. Sikorsky's 70B and European NH-90 had cleared the technical trial but NH-90 had faced disqualification for commercial bid due to corruption charges in a defense deal with India, which was linked to NH-90's parent company Finmeccanica.

"The deal for procuring 16 helicopters for the Navy has been scrapped by the Defense Ministry after it was stuck for over two years on price, and the American firm Sikorsky refused to extend the validity of its commercial bid," Government sources told Mail Today.

The Indian Navy is in dire need of multi-role helicopter for anti-submarine warfare, anti-surface warfare mission because of its aging Seaking fleet. Due to the immediate requirement, the Indian government was going ahead with Sikorsky despite a single bid tender, which is against India's defense procurement rule.

With the acquisition of S-70B, Indian Navy was expecting a long overdue modern, battle-proven helicopter for anti-submarine warfare and vertical replenishment. "It may be very nice from an indigenization point but Navy needs helicopters very urgently. Our capability is very much compromised. We don't have helicopters on our ships," Anil Jai Singh, a retired Indian Navy commodore, and defense analyst told Sputnik.

Initially, Indian Navy had planned a total of 140 naval multi-role helicopter, out of which only 16 was being planned to bought in flyway condition while 124 were to be manufactured in India under country's indigenization boost. It is now considering a fresh tender for 140 helicopters under Make in India program.

"We should have got those (16) first and gone ahead with indigenization or whatever strategic partnership could have been made after that. My opinion is that you can't compromise nation's combat capability because of some experiment you want to do with indigenization, Make in India, or strategic partnership. By all means you can go ahead and do that but only after fulfilling the immediate requirement," Anil Jai Singh added.

Earlier this year, Indian Navy has asked for additional funds to augment anti-submarine warfare capability in the backdrop of increased presence of Chinese naval ships in the Indian Ocean region. "New helicopters should have been inducted in the naval fleet by 2008-09, but they have not arrived yet. The ships, such as INS Chennai, INS Kochi and INS Delhi, are already commissioned, but they are moving without new helicopters. The demand is in excess of 100 and we have a requirement of multi-role helicopters with facilities such as anti-submarine, anti-surface equipment, sonar facility. It is not about when we want it, we have crossed that line. Currently, we are using old Sea King helicopters for some works," Western Naval Command chief Girish Luthra had said.

India's state-owned HAL is also working on naval multi-role helicopters and is expected to find support from the Narendra Modi government.