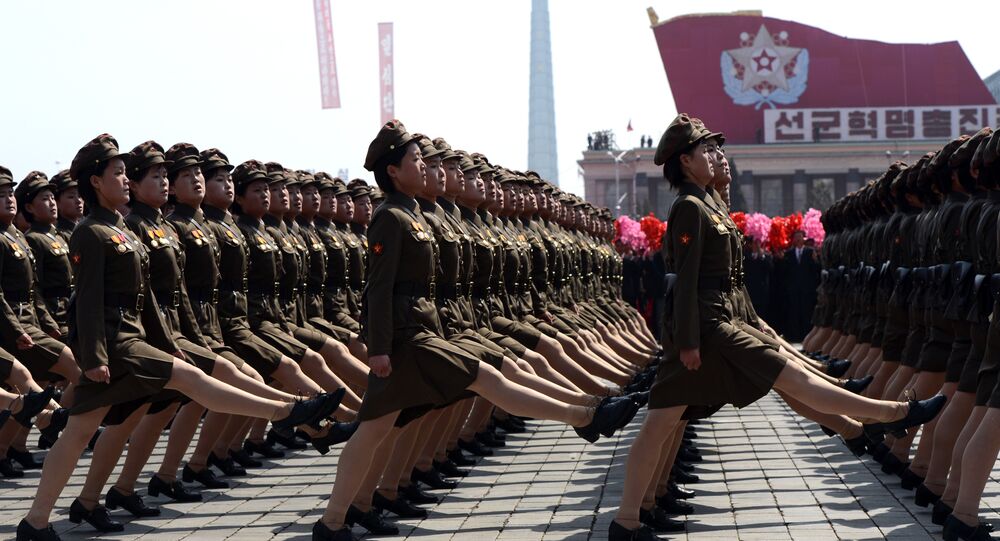 Chat Between Top Diplomats Signals China, US Are Moving Closer on North Korea

Recent statements from the top diplomats of the US and China suggest that the two countries are now close to identifying diplomatic protocols regarding North Korea.

US Secretary of State Rex Tillerson and Chinese State Councillor Yang Jiechi in a Saturday phone call affirmed that the two countries must work more closely to use diplomatic dialogue to counter the threat posed by Pyongyang's unbridled ballistic missile and nuclear weapon testing, as well as on other international issues.

China's Yang was cited by Xinhua on Saturday as stating that Beijing and Washington must "step up communication and coordination on major international and regional issues," and that the two nations must tighten their commitment to a successful foreign policy dialog, according to the South China Morning Post (SCMP).

What has not yet been agreed upon is whether force will be used if North Korea refuses to stop its weapons testing. China has long publicly advocated for a diplomatic solution, while the US has said conflict would be "tragic" but that the possibility of an armed response is very real.

Meanwhile, the Democratic People's Republic of Korea's (DPRK) Kim In-ryong stated on Friday that, for negotiations to begin, there must be "a definite end to the US hostile policy towards DPRK, the root cause of all problems."

"As everybody knows, the Americans have gestured [to] dialogue," the deputy envoy of North Korea to the UN added. "But what is important is not words, but actions."

The conversation between Yang and Tillerson comes on the heels of a Chinese air force interception of a US surveillance aircraft operating in international airspace over the East China Sea on Wednesday.

US Air Force officials claimed that Chinese pilots acted "unprofessionally," according to Xinhua, but the accusations were rebuffed by Beijing.
"The allegations from the US side are inconsistent with the facts," stated Chinese Defence Ministry spokesman Wu Qian, adding, "Chinese aircraft acted to identify and investigate in accordance with the law. The operation was professional and safe."

As reported by Japanese news outlet Nikkei, two Chinese Su-30 fighter jets intercepted a US Air Force WC-135 nuclear-sniffer surveillance aircraft while it was carrying out what the Pentagon claims was "routine" reconnaissance.

Washington Willing to Talk to DPRK, But Only When Pyongyang Stops Missile Tests